Amazing Facts About U2 (Best U2 Songs)

Published in Entertainment on 2nd January, 2020

It would be strange for someone to not be aware of the name U2. However, you may not know about all of the fantastic songs and interesting facts behind the name. It's definitely a band that is worth learning more about if you're a big fan of music in general. They are among the rock greats!

In short, U2 is one of the most notable rock bands of all time. Coming from Dublin, Ireland, this band has grown immensely since its creation in 1976. There are many reasons to appreciate this band, including heartfelt lyrics that focus on life struggles, spirituality and more. While it started as a post-punk band, the sounds have evolved with the times. It's just a small part of what has allowed U2 to remain successful all this time. 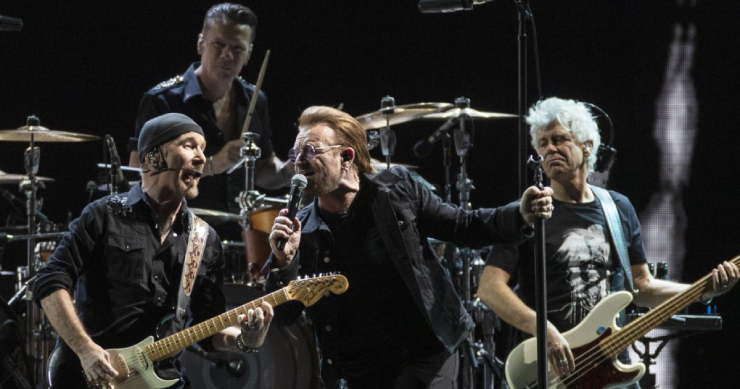 Who Makes Up The Band?

There are 4 members that make up this memorable band. The most well-known is Bono, as we tend to see him taking on the vocals and sometimes playing guitar. Ruling the guitar is typically The Edge, except when he's playing the keyboard.

In addition to these two, you'll find Adam Clayton and Larry Mullen Jr. Clayton plays the bass guitar and Mullen Jr is a master of percussion.

While we know this delightful Irish musician merely as Bono, he was born under the name of Paul David Hewson. He's also taken on a wide variety of different ventures in his life, including philanthropy and business as well as the singing and songwriting many of us are familiar with.

Due to all of his success, Bono has earned himself a whopping $700,000,000 in net worth. If you're not sure where that amount lies on the scale of celebrity net worth, Bono is considered to be the richest rockstar in the world beneath just one other person. Do you know who it is?

You can't learn about a band without picking up a bit about their best songs. Because U2 is such an incredibly long-lived band, it's hard to choose just a few of the best songs from so many albums. However, we've done our best to pick up a few of the most well-known!

Mysterious Ways is a song that really brings a new, funky flavor to what listeners expected from U2 at the time. Appearing on Achtung Baby, this song was the result of some intense improve and argument. While there was a lot of struggle creating it, the song eventually developed into something many of us are familiar with.

In many countries, Mysterious Ways managed to reach the tops of the charts. From what we can see, the struggles that went into developing this song were all worthwhile. It's an enjoyable tune to listen to and surely made the band a great deal of money.

Another song on the Achtung Baby album, this is another track that caused a lot of struggle and tension within the band. However, in time, there was a breakthrough that led this song to become immensely popular. Using the struggles the band members were going through as fuel, this became a song filled with emotion.

This song became such a highly popular song that it was even used as a benefit single. What that means is that money spent on the song by listeners went completely to the purpose of researching AIDs for the sake of finding a cure.

Beautiful Day is another successful hit that takes emotions that may not be entirely positive, and turns into a message that strikes millions of people around the world. As a result, this song became a huge success, resulting in plenty of income for the band as a whole.

Behind the lyrics, Bono shares that the message behind the song is something many of us have experienced. Even when you've lost everything, it is possible to find beauty in joy in the things that remain. Gratefulness for even the smallest aspects of life can really improve our circumstances.

This is among one of the most successful and popular songs the bands has to offer. Showing up on their 1984 album, the song was written about the life and efforts of Martin Luther King Jr. Today, it is an incredibly well-known song, adored for the message it has sent.

However, at the time of the release, it wasn't quite so popular. Having received a variety of reviews all over the spectrum, it was uncertain just how the world would view the song. Unexpectedly, it became one of the largest successes the band has created, and for very good reason!

With Or Without You

One of the earlier songs in the career of U2, With Or Without You discusses Bono's feelings about his life choices, both as a man and in the world of music. Showing up on The Joshua Tree in 1987, this song began originally as a mere demo that appeared in 1985.

Not only does this song feature great lyrics and vocals, but also some wonderful guitar solos by the one and only The Edge. It's a hugely popular song, though possibly less remembered in modern times than some of the more recent efforts. If you're already a U2 fan, this is yet another song to love!

Amazing Facts About U2

When you love a band, it makes sense to want to know just about everything about them. These fantastic facts are a great place to start! Continue on to learn everything about U2 that you've ever wanted to know! There's so much to learn!

Big dreams can begin when we're quite young. For Larry Mullen Jr, they began at the tender age of 14. When the idea of starting his own band enveloped him, he decided to leave a note on his school's notice board. From this one small notion, the world has been able to experience one of the greatest bands of all time.

As a result of that note, six replies showed up in an effort to really get a band together. With minimal knowledge of instruments and music, the young boys proved that those with a dream can beat just about any odds. It's an inspiring story to say the least!

Before releasing any large worldwide albums, U2 started their releases with a small, 3-song EP that was only available in their homeland of Ireland. This release took place in 1979 and marked just the start of the incredible career the band has had.

On this EP, the three songs that were debuted were "Stories For Boys", "Out Of Control", and "Boy-Girl". If you're truly a U2 lover, then it may be worthwhile to seek out these songs so that you can hear where the band really came from! If you're looking for the full EP, you'll find it titled as just "Three".

They've Had Other Names

Like many other bands out there, U2 went through a couple of other name choices before they finally settled. Early on, the awful sounds coming from their rehearsal space earned them the name "Feedback". After that, the group became known as "Hype" for a while. However, neither of these names managed to stick.

Although U2 is the name that stuck, it isn't the one that Bono would have preferred. Due to the sound of the name, which is far too similar to "You too", he thought it to be kind of a cheap choice. It's strange how names unfavored by band members can become the ones known by the world.

U2 Had A Debut On The Simpsons

As many extremely famous celebrities do, U2 has made their visages known on the long-running animated show, The Simpsons. At the time, it was episode 200 that depicted the band as they play a concert. There are few who wouldn't have recognized the band at this time.

It's in the middle of their hit song "One", where Homer disrupts the entire scene in his bid to become a sanitation commissioner. Instead, he is roughed up a bit by the security crew that comes along with the band. They're just one of many notable faces who have appeared on the show.

They Nearly Broke Up Once

In the early 80s, the members of U2 found themselves in a group geared for born-again Christians. Members of this group pushed them to make sacrifices to God. One such sacrifice included ceasing their effort in making music together.

Because of this, we could have easily seen the breakup of the band before it really even got started. Just imagine a world in which such a widely known band never had a chance to exist. We certainly don't want to think about it! Luckily, they kept their dream alive and have earned the rewards as a result.

The Edge Has Worked With Many Other Famous Artists

There's no doubt that the band has been incredibly popular as a whole, but some individual members have also developed their own popularity and relationships with other well-known celebrities. The Edge is one such member, who has spent time working with a variety of popular artists.

This list includes celebrities like B.B. King, Jay-Z, Johnny Cash, Rihanna and more. There are many who have wanted a piece of The Edge and his musical ability. It makes sense, considering how capable he is in the world of music creation and development.

Having begun around 40 years ago, 13 studio albums may not seem like a large number. However, keep in mind that songs and albums need to be created with care. It's a combination of great sounds and deep lyrics that have allowed this band to be such a popular, on-going phenomenon.

U2 is one band that has proven they know how to develop fantastic songs and albums. Through over 170 million record sales goes to show that taking their time really pays off in the end. Not to mention, this isn't a band that is ready to retire just yet!

U2 Represented Music In The 80s

If there's one source that gets say over what bands represent which eras, its The Rolling Stone. As a result, there can be no denying that the one and only representative band of the 80s is U2. Cover after cover proves this to be true. 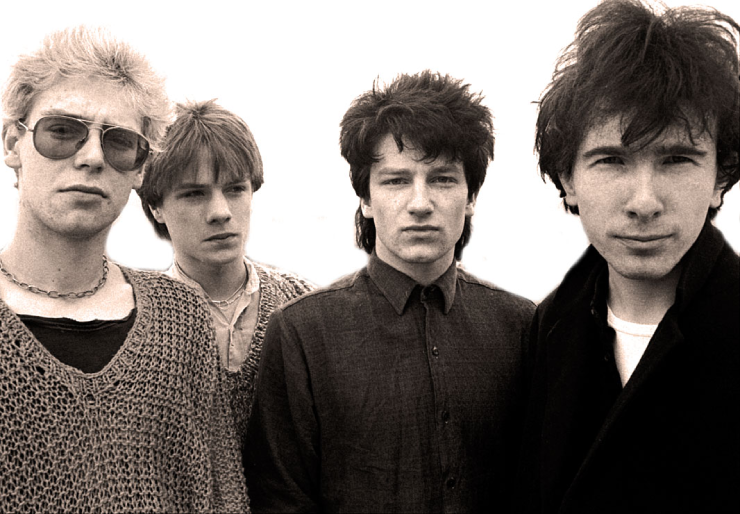 Do you agree with Rolling Stone's choice? It's worth thinking about! There are few bands that could have been better choices, but many that would have made for worse ones. When you want to relive those sweet 80s days, just put on some U2 and drift away into 80s memories!

Facebook is a name that the vast majority of people are familiar with these days. However, it was still quite new back in 2010. It was at this time that Bono obtained a very small portion of the site. While it was only 1.5%, even this small amount has grown into an immense fortune over time.

Today, even that slight percentage has a worth of nearly a billion dollars. Considering Bono's worth overall, it's safe to say that there is little that can stand in this musician's way. The next time a new social media site pops up, it might be worth picking up a piece!

They've Won The Most Awards

There is no other band out there with a greater number of Grammys than U2. This is a huge achievement to say the least. Having won the award 22 times, the band has really earned their place in history among the most popular bands of all time.

That said, there are a few solo artists with a greater number of awards out there. Famous musicians like Quincy Jones, Stevie Wonder and more have immense numbers of awards that far outrank almost any other musician or band out there. You know you're great at music when your Grammy awards hit the double digits!