Published in Entertainment on 3rd January, 2020

David Bowie is, without a doubt, one of the most famous musicians of all time. Having made a mark on the world of music that will forever be remembered, he will always be remembered fondly.

With this late musician's birthday coming up in early January, it's the perfect time to explore some of his most popular songs. 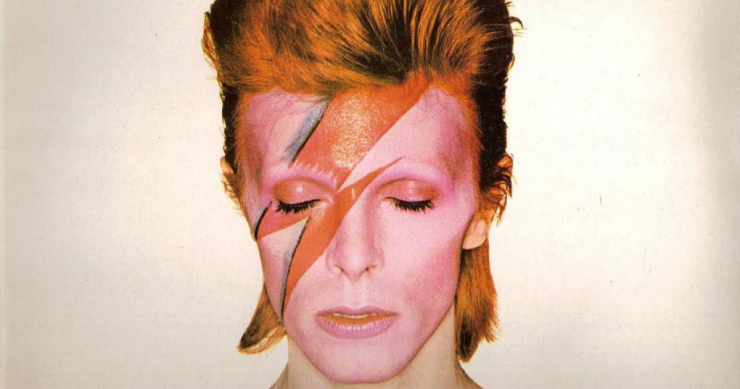 You're in the right place to start making a playlist of David Bowie's most iconic songs! Take some time to enjoy old favorites, discover songs you may not have heard before and learn all about where these songs came from.

Who Is David Bowie?

There are very few who aren't familiar with the name David Bowie, but it's worthwhile to talk a bit about the artist since we're completing a list of his works. Bowie was not only a fantastic singer, but also an actor, songwriter and all-around fantastic idol.

The creativity used by Bowie in his songs made Bowie an immense figure in the world of music. As a truly successful artist, it's no surprise that he ended up in the Hall Of Fame dedicated to Rock and Roll. Carry on and you'll find a number of fantastic Bowie songs to listen to!

While many of these songs would have been easy to hear without even trying in the 80s, there may be some in modern times that you have to search for.

That said, if you're interested in music and the history of the most famous musicians, this list of David Bowie songs is a fantastic place to start!

Bowie has worked with a number of other famous musicians throughout his career. Names like Mott The Hoople and Queen can be found among those he has developed music with. Fame is another song that involves a huge name, the name of John Lennon.

In the United States as well as Canada, this song was the first number one hit that Bowie was able to experience. While it can to the album at the very last moment, it's one that gave Bowie his first taste of immense fame. From that moment in 1975, Bowie has been a huge name.

While this wasn't a song that generated a great deal of attention when it first came onto the scene, it is one that is extremely well known today. Among those who are keeping track, this has become a song covered by other bands and musicians immensely. The only other Bowie song with more covers is "Rebel Rebel".

If you aren't familiar with this song, it's worth your time to spend some time listening to it! You're sure to find that it's a quick favorite, as it is in the eyes of so many Bowie fans.

Bowie added a touch of theatrical flair with the concept album that this song is found on. The entire album explores the journey of his alter ego, known as Ziggy Stardust. The character was developed to represent a real version of who Vince Taylor believed he was during a mental breakdown.

In 2010, The Rolling Stone released a list of songs that were believed to be the greatest of all time. On a list of 500 of these songs, Ziggy Stardust was number 282. Music fans definitely need to check out this song due to the history and prestige of its creation.

With what would have been Bowie's birthday coming up January 8th, there are many minds that can't help but turn to one of his final songs, and the last of the singles he would release. Having come onto the scene in 2015, Lazarus was a song that Bowie never had a chance to perform in front of an audience.

However, there is a silver lining to the situation. Due to the song's immense popularity, Bowie went out on an extremely positive note, having not creating a single quite so loved in more than 28 years.

Resting just above "Heroes" on the list of most covered Bowie songs is "Rebel Rebel". This song is often recognized as both an anthem of glam rock as well as the singer's goodbye message to the movement. Appearing on the 1974 album Diamond Dogs, it appears that the movement wasn't long-lived for Bowie.

However, it certainly doesn't mark the end of his career by any means. Having generating a number of top hits for over 40 years after that release, one could say that maybe he knew glam rock was a trend that wouldn't last for the long term, as exciting as it was.

Another hugely iconic Bowie song is "Modern Love", which even showed up within the songs he opted to play for Live Aid. Since the song's release in 1983, it has proven to be among the most populat Bowie songs in both the United Kingdom and the United States.

On top of that, the song shows up in a huge variety of different shows and movies. Even if you haven't listen to the song on the radio, a CD, record or other music device, there's a good chance you've heard it while watching Hot Tub Time Machine, Adventureland, Riverdale or another popular movie or show.

Under Pressure is another song in which Bowie worked alongside another extremely popular band at the time, Queen. For those of us who know just how historical both of these bands became, it's so exciting to imagine these two huge musical forces working alongside one another.

It also proved to be an incredibly lucrative experience on both sides. For Bowie, it became a number one hit, which was the third he had obtained. Meanwhile, the song was Queen's second, after the controversial but well-loved song known as Bohemian Rhapsody.

While there were many who thought Bowie had decided to move on from his life in music, the release of the album featuring The Next Day surprised many. On Bowie's 66th birthday, this album was introduced to the world, earning itself a lot of praise from those who had expected his 2003 album to be the last.

The praise went so far that a popular German magazine placed it at number 2 on a list of 2013's greatest albums. Considering all the other albums that were released that year, it's quite a huge accomplishment to reach such a high point on the list.

When you want to get down, Let's Dance is the song to put on! Even younger audiences are sure to remember this song from various video games and other media sources. Once you hear it, you're unlikely to forget it! With the interesting touch of funk, you really can't go wrong adding this one to any playlist.

As a single, this is one of the Bowie songs that sold the most quickly, and it really comes as no surprise! Furthermore, this is one more song in which Bowie brought in another famous name, giving it the flair it needed with the help of Stevie Ray Vaughan.

One of Bowie's earliest songs, Life On Mars got the singer started on his interesting venture into adding sci-fi touches to music. Although it was introduced to the world in 1971, it took a couple of years to get to the top of the charts.

Those who enjoy a poetic touch to their songs will surely find Life On Mars to be an interesting combination of language and themes in this one. If you haven't checked out Bowie's earlier work, including his more space-themed songs, make sure that you do. You won't be disappointed!

In 1980, Bowie invested his time and effort into a music video that proved to be the most costly of any other. It also touches back on some of Bowie's earlier works, including those involving popular character portrayals such as "Major Tom" from Bowie's song "Space Oddity".

What sets this song apart from the earlier Major Tom portrayal is that it features a theme that is a bit darker. This is combined with the concept that the song may be a way for Bowie to say goodbye to the 70s era, much like he used a song to say goodbye to glam rock.

Another early favorite of many Bowie fans is The Jean Genie. This single came onto the scene in 1972 and proved itself to be an absolute hit in the United Kingdom. In the song, Bowie takes on the role of a celebrity known as Iggy Pop.

There was a little bit of trouble with this song after release, as it shared a similar riff to another hit that was released around the same time. However, it was discovered that this was just an odd coincidence, with musicians on both sides resolving the situation without any serious conflict.

With so many hit released in the United Kingdom, it only makes sense that Bowie would have generated some praise in the United States as well. Since it was created in 1975, this song became a hugely favorable anthem in the US, reaching high spots on the music charts.

This song also brought forth a new concept of soul music, known as "plastic soul". For those who are interested in the vast different subsets of music genres, it's worth knowing what the plastic soul trend stood for and why it was created. It certainly proved to be a style that made this song very popular!

At the time of this song's release, space was something on the forefront of the minds of many people. This was clearly true for Bowie, as represented by the song "Space Oddity". It featured a character known as Major Tom, who is preparing to head into space.

Another aspect of this song that makes it stand out among others out there is that it came out a mere five days prior to the takeoff of Apollo 11. Planned or not, this timing was definitely key to increasing the popularity of the song, representing this huge step into space.

Another highly popular Bowie song is "Changes", which has appeared in popular movies, shows and is generally a song people are going to remember. It has an interesting message that reminds us all that we don't control the fact that time is going to change us.

It also represents a tribute to the ever-changing personality of Bowie himself. This is a fitting concept, and was used as the very last song he performed before deciding that it was time for him to resign from performances. That didn't stop him from making more studio albums though!

The unique sound of this song is one that allows it to stick in the memories of people for the long term. Another aspect that set this song apart is that there were a couple of different versions released. The first was a shorter version, designed to catch the ears without overstaying its welcome.

It's also worth noting that the initial release of this song came at a time when Bowie was really struggling with an addiction to cocaine. Those who are interested in the past of the musician might want to take a look and see what differences they can find between this album and others performed in a more sober state.

This is a song that really brings an interesting touch to the kinds of messages we can get from music. From the name alone, one might wonder if the song is about a man staying away from the wife or girlfriend of another. However, the message may be altogether different than you might expect.

The sexuality of Bowie was known to be a fluid thing. It's actually thought that the name "John" in the song represents the boyfriend of the song's narrator. Thus, it represents the narrator telling his boyfriend that he's only dancing with someone else.