Published in Entertainment on 7th January, 2020

There are many huge names in the history of film. Francis Ford Coppola is among these, though we may not hear his name as often in modern times. Upon taking a closer look, you'll still find that films created by this filmmaker have more than earned their places in history.

If you love film, then you can't go wrong with checking out some of the movies on this list. They provide a great opportunity to round out your film experience and knowledge. Keep reading and you'll learn about some of the most iconic films in history, created by Francis Ford Coppola. 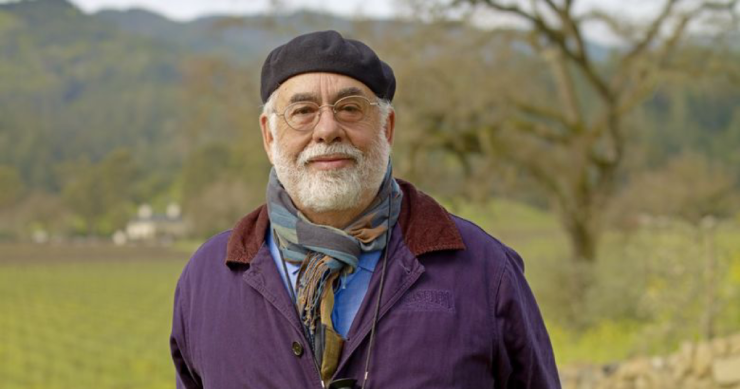 Who Is Francis Ford Coppola?

If you take a look back into the history of film, you're sure to find the name Francis Ford Coppola. Having provided some amazing works as a producer, director, screenwriter and more, it's hard to avoid the films that involve this man.

Although most of his widely-known films took place in the 60s and 70s, there are films even in recent years that he has worked on. Whether you're studying film or just have a personal interest, you'll want to make sure you check out some Coppola films along any filmmakers you're interested in.

Those interested in the history of film definitely need to spend some time looking into films created by Francis Ford Coppola. Many of his films, such as The Godfather, Apocalypse Now and Jack can be considered beloved classics in the film industry.

This is one of the most interesting films you're likely to find out there in which the largest issue in the plot is the meaning of a conversation. In particular, this conversation takes place between the two sides of a young couple that the protagonist is following.

Due to unpleasant past experiences, he becomes far more entangled in the story than expected. As an obsession grows, the protagonist works harder and harder to locate the meaning of what was said. Is it too cryptic for him to find out?

Tucker: The Man And His Dream

While many in the 1930s struggled just to survive, Preston Tucker ran after his long-time dream designing one of the newest pieces of technology on the market, cars. After developing a specially-designed weapon made for WWII use, Tucker strives to move farther into the future.

Yet the world of car creation isn't as straightforward as it may seem. With complications stemming from accusations and issues in the production of these dream vehicles, Tucker ends up facing a court rather than making his dream come true. You'll have to watch in order to find out whether he's able to escape the situation or end up behind bars.

Family can be a complicated thing, and this is a film that brings the issues of family to light. Seeking to care for his brother, Bennie makes his way to Argentina. Upon arrival, he learns that Tetro isn't the same happy brother Bennie grew up with in his younger years.

Instead, Tetro has become depressed, destructive and unwilling to engage in the career that once made him so happy, writing. In an effort to return the joy of writing to his brother's life, Bennie takes on the task of finishing a play Tetro had begun writing in secret, and submitting it for a huge prize.

One From The Heart

One From The Heart dives into a story that teaches us that sometimes the grass really isn't greener somewhere else. It follows the long-term relationship of Frannie and Hank, who are struggling. With wildly different personalities, both find themselves wishing for something different.

When Frannie packs her bags on their 5th anniversary, they both meet exciting, new partners who seem to represent everything they could ever want. However, they may soon find that there's more than what meets the eye. Will they find a compromise or go their separate ways for good? You'll have to watch to find out!

An unexpected pregnancy can be a frightening thing. In a state of shock and fear, Natalie leaves behind her husband and hits the road. On the way, she learns that she isn't the only one struggling as she meets a few strangers with issues of their own.

The first is an ex-football player who's brain damage has forced him to have to seek out a new life. Following that, a struggling police officer reminds her what it can feel like to lose out on love. As she attempts to help each stranger she comes across, she learns that it can be a dangerous endeavor.

Crime doesn't pay, especially when that crime involves magical beings. In this delightful film, Finian and his daughter try to make their way through life in a new town. Making friends and enemies alike, you may think this family is just as normal as any other out there.

However, there is a secret about this family that most people are unaware of. They are the keepers of a pot of gold, stolen from a leprechaun named Og. However, Og has to gain his gold back, or he'll end up as a mortal himself. Give this one a watch!

The Cotton Club is a complicated film in which a man by the name of Dix finds himself in some very messy circumstances. Working as a musician, he meets a woman named Vera and quickly falls for her. However, she's already involved with an incredibly dangerous gangster.

At the same time, Dix's brother has begun work for that same gangster, complicating things even further. While Dix manages to leave the setting behind, he has a bit more difficulty extricating himself from the complicated situations that leave his life much messier. If you like a movie that provides a wild ride, add this one to your list.

There are many of us who wish later in life that we could go back and change the decisions we made. This very situation is what Peggy Sue experiences in the midst of her high school's 25-year reunion. Having left her cheating husband, she longs to go back and avoid him completely.

A fainting spell causes her to travel back in time, only to find that her choices aren't as easy as she might have thought. This is a film that takes a closer look at how even our most troublesome mistakes may not be black and white.

You're A Big Boy Now

Unhealthy parenting dynamics can really cause a child to struggle. In this film, Bernard is a perfect example of how an overly-doting mother and an authoritative father can be problematic. Due to his inability to follow along with the family business, Bernard is sent out into the real world.

However, his mother seeks to continue making his life easy and keep an eye on him. After providing him an apartment, her presence by-proxy ensures that finding any time alone with a woman is difficult. After some stumbles and misguided attempts, Bernard may just find true love anyway.

We all know that sometimes in order to make ends meet, you may have to work under employers you don't quite agree with. Lawyer Rudy and Paralegal Shifflet experience exactly that in their workplace, and when an insurance company refuses to help the dying son of a woman, they get ready to take on the man.

Overall, this is a film that portrays how complicated the life of people working in law can be. Sometimes, the right path is one filled with obstacles. However, that doesn't change that it is the right path in the end.

By now, you may have noticed a theme in Coppola's films that includes aspects like age and the desire to change the past. Another such film that explores that concept is Youth Without Youth, which is about a man who has sacrificed far too much in his life for the sake of study.

Just as he's about to end it all, a new opportunity shows itself in the form of a lightning strike. Returned to a younger, smarter version of himself, he sets off to right the wrongs of his past. In time, he even meets a woman that looks quite familiar, but you'll have to watch to see how it plays out.

A classic that tells the tales of gangs of the past, The Outsiders tells the story of a group of young men known as "Greasers". As a couple of the members find themselves in a squabble with a rival group known as the "Socials". When the fight ends in the death of a rival member, things get uncomfortably real.

Forced to face the results of their choices, the Greasers find their lives moving in different directions. While some are able to find ways to improve, others are left to suffer.

Holding onto an old way of life can often serve to cause repeated suffering. This is a lesson that Rusty James has to learn as he strives to fill the shoes of his locally-famous older brother. When he's injured in a fight, he begins to contend with what's really important in his life.

As the world seems to be falling down around him, his brother returns. With his help, Rusty discovers that he can escape the small-town view of gangs and fighting. If you enjoy films like The Outsiders, this is one that you'll absolutely want to add to your list.

There are few who don't know the story of Dracula, and Coppola is able to bring new life to the plot in this film. Following a man by the name of Harker, the plot dives into a creepy castle with an even creepier host. In time, Harker learns exactly how terrifying his host really is.

While the meeting starts out on neutral ground, it quickly devolves once the lord of the castle learns of his fiance back in London. After ensuring that Harker is unable to protect her, he sets off himself to find the young woman.

Aging can be a difficult thing for everyone, but imagine living in a body that ages much faster than your mind. This is exactly what the character Jack, played by Robin Williams, has to face in this movie. Born early, 10-year old Jack finds himself living within the body of a 40-year old man.

While this creates complications with the other students at first, they soon learn that he's really no different from them on the inside. Though he may age more quickly, he's able to create a life that is more full thanks to the help of his adoring friends and supportive family.

In an unexpected turn toward suspense, this film takes viewers down a path they may not be used to. Combining the very real terrors of war with those that can be created by the human mind, this is a film that is worth checking out if you're a fan of movies that may leave you confused and concerned.

It follows an army captain by the name of Willard, who is sent to end the life of a colonel who has lost his mind. With a unique band, Willard sets out to find the colonel and discovers that the world around him seems to get darker and darker.

In this entry, I'm also including The Godfather sequels since they're all part of the same happy family. If there's just one thing to take away from these films, it's that the original Godfather has gone down in history as one of the best movies in all of history.

The movie portrays the life of a well-known crime family. Through the youngest son in the family, you'll learn just what a struggle it can be sometimes to join the family business. Give this one a look, if only to say that you've seen a truly historical film!