Most Famous Psychologists Of All Time

Published in Viral and Health on 20th February, 2020

These days, psychology is becoming a more well known aspect of our daily lives. For a long time, the inner psyche was frequently ignored, including bottling up feelings in order to stick to what was considered the correct kind of behavior at a given time.

In modern times, a greater emphasis on taking care of our mental health is generating more knowledge on psychology and how you can use it to be as healthy as possible.

Those with an interest in the field on any level are in the right place. Continue on to learn about many of the psychologists who have made immense contributions to the field. 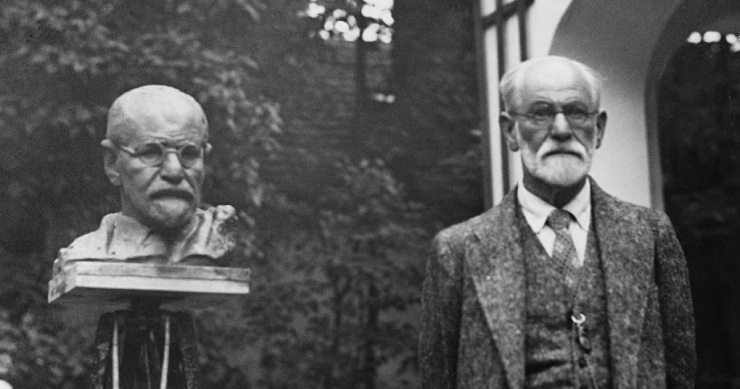 What Is A Psychologist?

In short, a psychologist is someone who studies mentality. They take a look into healthy mental states, mental illness and all of the variations in between. It's also worth knowing that there are different kinds of psychologists.

In addition to that, there are psychologists who focus more on the research aspects of the field. Depending on the route taken, psychologists can also focus on specific areas like forensic psychology, child psychology and more.

Psychology has always existed as a part of all human beings. However, we haven't really considered it to be something worth studying until the later 1800s. Philosophy can be considered a start to thinking about the human psyche and our behavior, but these days it is considered quite a bit more fanciful than psychology.

The first person to use the term "psychology" was a man by the name of Rudolf Gockel, who was a German philosopher. Following that, it became a true study when Willhelm Wundt created the first psychological lab in 1879.

The Most Famous Psychologists Of All Time

Over the years, the field of psychology has grown by leaps and bounds. Although it is a relatively new study, when compared to the other sciences out there, it's one that has allowed us to take a deeper look into ourselves than ever before. Continue on and you'll discover many of the psychologists who contributed to the process of de-mystifying the human psyche.

There are few who don't know about Sigmund Freud to some extent. His name is well known in the field of psychology. While a high percentage of his theories have been disproved, or at the very least, debated, we wouldn't be where we are now if not for the introduction of those theories. 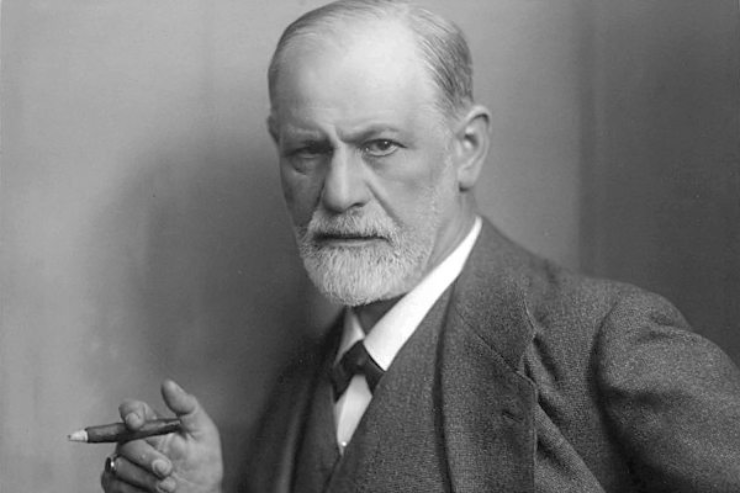 Some of the most well known contributions from Freud include the relationship between human behavior and the impulses we experience of a psychosexual nature. This includes looking at the psychosexual development of humans, including details on the phallic stage.

One of the most optimistic of the psychologists of the past is Carl Rogers. This was a man who truly believed in humankind's potential and desire to do good. Consequently, he is also the psychologist who created therapy with a client-based methodology.

In client-based therapy, the therapist is required to play a passive role. They will empathize, listen and seek to understand, but provide no answers. In short, this methodology runs under the idea that if given the chance, humans will ultimately display a desire to improve themselves and meet their potential.

It is only in recent years that woman have been allowed to have more of an impact on psychological study. One woman who made large strides in her field was Mary Whiten Calkins. Though she was initially rejected when it came to receiving her degree, she eventually gained an honorary degree and the freedom to start the first psychological lab for women.

If you're unsure just how much of an effect Calkins has had on psychology as a whole, it's worth noting that even Freud himself references her in his work studying dreams. She was truly a woman before her time, and much of her efforts were hushed as a result until later in her life.

Known as the father of psychology, Willhelm Wundt is a name to know if you have any interest in the field. Before his time, psychology wasn't treated as a stand-alone subject, or one to conduct studies on. However, the efforts of Wundt finally allowed the subject to find a place away from philosophy.

To further the study of psychology, Wundt understood that the interest of younger psychologists would be needed. As a result, he opened the very first lab in the field, known as the Institute For Experimental Psychology. To remind you just how young the study is, this lab opened in 1879. That's only 141 years ago.

B.F.Skinner used his studies to discover the ideal processes for increasing good behaviors and decreasing unwanted ones. This was done largely through a method known as operant conditioning. The basis for this method is that learning requires both rewards and punishments. 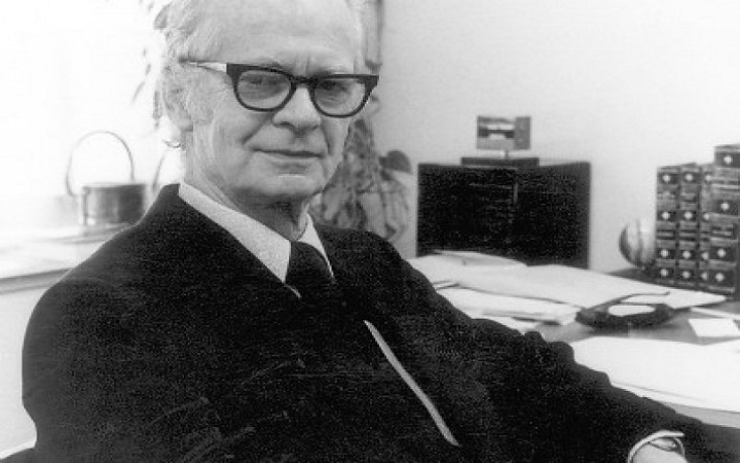 Additionally, Skinner discovered the ideal schedule to reinforce a behavior. It's essentially made up of two schedules: those for rewarding a new behavior and those for maintaining a behavior already learned.

Continuous schedules allow new behaviors to become appealing, while partial schedules keep that behavior from disappearing. When you're thinking about these schedules, think about giving dogs treats to help them learn a new trick.

Leon Festinger is a psychologist known for getting the studies away from the idea that human behavior only consists of stimuli and responses. Festinger understood that the human psyche is much more complicated than that.

Consequently, he developed a variety of theories, such as the social comparison theory, the concept of cognitive dissonance, and the proximity effect. Each of these theories is offered to explain some aspect of human behavior in terms of social psychology, or how others can influence our thoughts and behaviors.

Erik Erikson was a man who was interested in taking a look at human development. Naturally, there is a long process between being born and becoming an adult who is ideall fully-functioning. What Erikson studied was what might happen if this development is disrupted in some way.

In particular, he looked into what happens when we are somehow kept from gaining an ego. In this context, the ego refers to our sense of self, or our identity. If we cannot develop a full identity in our younger years, it can create serious problems for us in our adult lives.

When you find yourself thinking about whether you might be an introvert or an extrovert, you're using some of the thought processes of Carl Jung. This psychologist was the first to come up with the idea that some people are fueled by socialization while others are fueled by alone time. 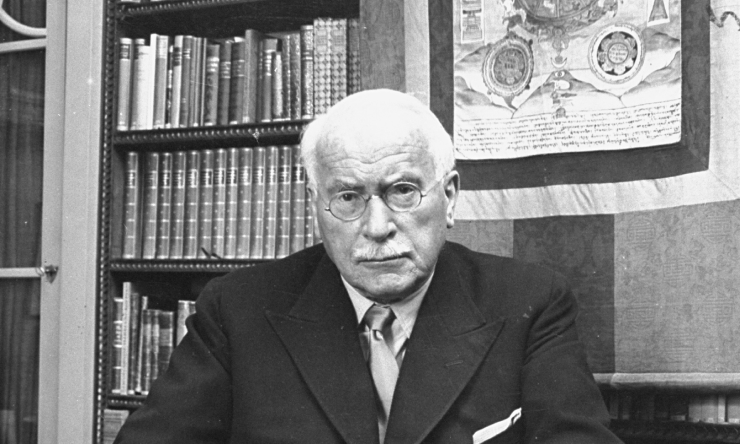 In addition, he believed in the idea that humans are striving to define who they are over the course of their entire lifetime. This process, known as individuation, is quite different from what many others believed at the time.

It's always interesting to see when a child decides to take on the same field as their parent. The youngest of Sigmund Freud's children, Anna Freud is very well known within the field of psychoanalytic child psychology. One of her leading theories includes developmental lines that have an effect on how we develop an ego, or sense of self.

She also studied the role that defense mechanisms can play in our life. Essentially, these are behaviors or thought processes we develop in order to avoid pain, be it emotional or mental. Anna also worked towards deciphering what relationship was had between these mechanisms and the ego itself.

If you've ever heard of Maslow's Hierarchy of Needs, this is the psychologist who developed that concept. For those who haven't, that hierarchy essentially describes human needs as appearing similar to the food pyramid many of us are so familiar with.

However, Maslow's pyramid depicts what order humans reqiure certain needs to be met in. It begins with the basics like food and water, then shelter. From there, it moves on to a sense of security, love from others, and then a sense of belonging. Finally, self esteem and actualization make up the final steps to mental and emotional health.

Learning is a huge part of human development. Without it, we'd be left as helpless as the day we were born. We learn not only scholarly subjects like math and reading, but we also have to learn how to function socially, how to clean and take care of ourselves and how to become a functioning adult.

Jean Piaget is a name connected by many to child development. Piaget is known for contributing to the framework that explains how we learn and how we later use what we've learned. This is something incredibly useful to know as we do both in many ways.

When it comes to big names in American Psychology, William James is one worth knowing. Considered one of the founding fathers of the field in the US, he brought forth the idea of functional psychology. This concept dove into how our needs and wants can play a role in how we determine what is true and what is not. 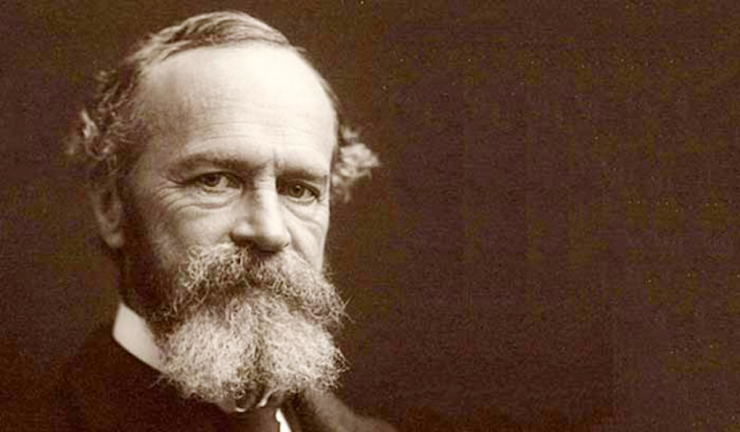 Essentially, what this means is that we can find different versions of a story or statement to be truthful depending on how that version meets our own needs. In many cases, it's likely this is due to smaller "white" lies, rather than huge events, but both can certainly be effected.

Although Lev Vygotsky was doing good work in Russia, it wasn't until the 70s that this work was able to be known by those of English-speaking countries. As a Soviet psychologist, Lev studied a number of topics including the behavior of infants and children, the relationship between consciousness and the more complicated forms of psychological functioning, and the learning of language.

There are few things more important to understand than how our experiences as babies and children shape the adults we become later in life. As far as child development goes, Vygotsky is a name that is certainly worth studying.

As humans, we experience a range of different emotions, thought processes and sometimes even complexes. Alfred Adler sought to understand the human feeling of inferiority, and how it effects the ways that human beings live and behave.

Essentially, it was understood at this time that the development of the ego, or the self, was a hugely important part of human development overall.

However, the inferiority complex is something that can disrupt that development greatly. Additionally, Adler focused on individual psychology, which refers to a view of the field that is more holistic.

While not everyone might remember the name Albert Bandura, there are many who are familiar with the studies done using the Bobo doll. This was a study that depicted how children learn by watching adults. That learning includes things like learning aggressive behavior. 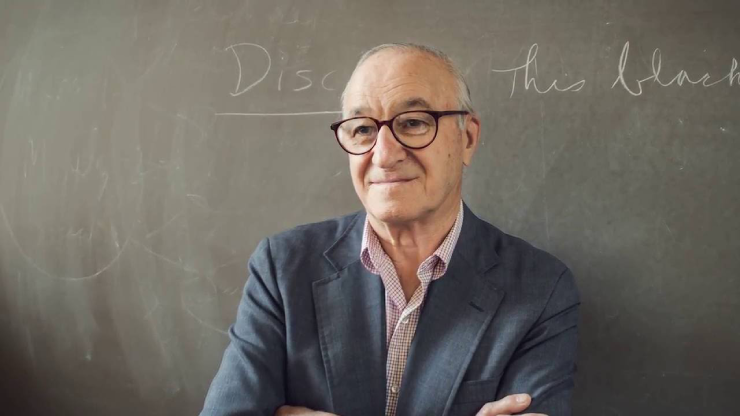 Bandura's study on the Bobo doll watched children as they spent time alone with the doll. They were then introduced to images of adults punching, hitting or kicking the doll. At which point, many of the children began to act in the same ways.

Pavlov is yet another name that is widely familiar in the psychological field. There are few who haven't at least heard about Pavlov's dogs. For those who aren't familiar, Pavlov was a psychologist who discovered the ability to connect certain behaviors and stimuli.