Despite its age (the game released in 1998), Final Fantasy Tactics still is one of the best and most popular Final Fantasy games around. The visuals look rather pretty and the gameplay doesn't feel dated, which cannot be said about most other classic FF titles. 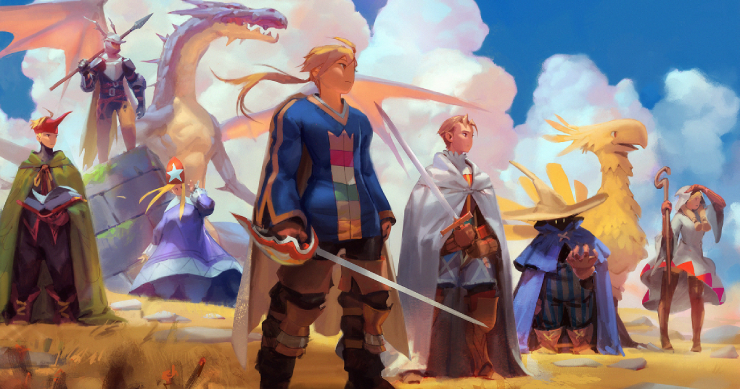 Despite this, games such as Final Fantasy VII and VIII are ported to every imaginable system while Tactics sits quietly in the corner, waiting for Square Enix to port it to a modern gaming platform that isn't iOS or Android.

And among all the current systems the Nintendo Switch is the best platform to host Final Fantasy Tactics.

The console is hosting numerous turn-based games, it's extremely popular all over the world, and it allows portable play, which is perfect for turn-based games. We collected eight reasons why Final Fantasy Tactics: Switch Edition Should Happen. Let's explore them.

Turn-Based Tactical and Strategy Games Are All the Rage Now

Another massive indie hit, Slay the Spire, is another member of the turn-based family. Then we have other superb turn-based titles such as X-Com 2, Mutant Year Zero, The Banner Saga Trilogy, Civ 6, BattleTech, Darkest Dungeon, Wargroove, and more.

The Switch features many of the aforementioned games along with Mario + Rabbids: Kingdom Battle, Valkyria Chronicles, SteamWorld Heist, Battle Chasers Night War, Disgaea 5, Phantom Doctrine, and many more. And then we have a bunch of turn-based RPGs, many of which are available on Switch.

What we're trying to say is that turn-based games are all the rage now. They've never been more popular than now and Square Enix could earn a nice chunk of money if they would just port Final Fantasy Tactics for the Switch. We couldn't imagine porting the game would be that hard.

The game is already available on iOS and Android, two systems featuring a bunch of devices well below graphical capabilities of the Switch. Square Enix should ride the turn-based games popularity wave and make lots of gamers happy.

The Game is Available for iOS and Android

Yes, Final Fantasy Tactics is available for two major mobile operating systems so porting it to the Switch is definitely possible. As we said a minute ago, many smartphones are way below the Switch when it comes to graphical prowess.

Next, mobile gamers are used to free-to-play titles and despite this, FF Tactics is one of the best-selling games on both systems. Just imagine how much it would sell if someone decided to port it to the Switch.

The console probably outsold the Xbox One by now and if the trend continues, it will most likely reach 100 million units sold in its lifecycle.

In other words, the Nintendo Switch is an extremely popular console that sells like crazy. Combined with the soar in popularity of turn-based games Square Enix would be foolish not to bring Final Fantasy Tactics to the Switch.

The time is perfect to finally do this. C'mon Square, millions of fans would go nuts if you announced Final Fantasy Tactics: Switch Edition. Many more would buy the console just to play the game on the go.

Final Fantasy Tactics is Perfect for Playing on the Go

This is another thing about turn-based games. They are perfect for playing on the go. You don't have to think about reaching the next checkpoint, or finishing the current fight, or beating the current level. All you have to do is finish your turn and then you can put the console away and wait for the next five-minute break to play a couple more turns.

That's the beauty of turn-based games. They don't demand lots of time (but yes, they can steal an entire day if you're not careful), just a couple of minutes. Enough to play your turn and see the enemy play theirs. And then you can get back to your tasks while thinking about the next turn until the next break.

A while ago Square Enix promised fans they will bring a number of Final Fantasy games to the Nintendo Switch. And they delivered. As of now, there are seven FF games available for the Switch with two more (Final Fantasy VIII and Crystal Chronicles) on their way. 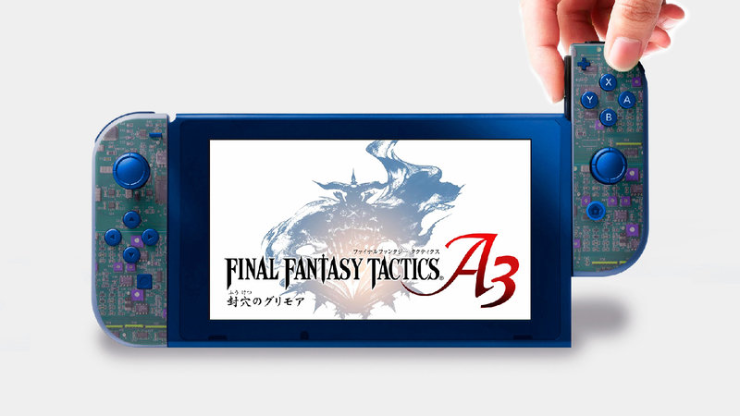 That's a lot of FF games and if you're into the series and own a Switch you can waste hundreds of hours playing them again.

It's weird why the company keeps the game away from the platform that would definitely give it a second life.

FF Tactics is Still Quite Popular

Yes, Final Fantasy Tactics is still quite popular. It's definitely more popular than most main Final Fantasy titles. The game has excellent sales numbers on iOS and Android, it's hugely popular on PC even though it can only be played via emulators, the internet is filled with recent articles about the game, and the game's subreddit is quite active.

Hell, there's even the FF Tactics Twitch channel that streams auto-battles where people can bet on different teams and it is rather popular.

This game, that came out more than 20 years ago, is still a popular topic for many gamers. PC gamers are still playing it even though it isn't officially available. And its online presence is bigger than most modern games. Square Enix should just take the chance and release it for the Switch already.

The Game Aged More Gracefully Than Many Other FF Titles

One of the most important reasons why Final Fantasy Tactics is as popular as it was 20 years ago is because the game, as a whole, aged more gracefully than many other FF titles.

Its visuals, a combination is simple 3D environments and cool-looking sprite models, aren't sad to look at like it's the case with Final Fantasy VII and VIII. The visuals are still pretty and enjoyable to look at, especially on a high-def screen. 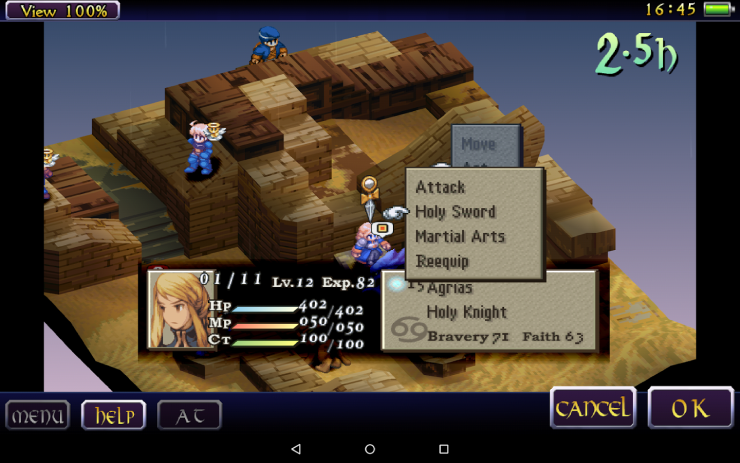 Next, the gameplay didn't age a day. It still feels great compared to other turn-based games. Further, the jobs gameplay mechanic combined with various abilities and other gameplay features still feel original and engaging.

There aren't many turn-based tactical games and FF Tactics gameplay is as fresh as it was back in the day. This cannot be said about the gameplay of some classic FF RPGs, which feel dated compared to modern JRPG titles.

Even if a miracle happened and Square Enix decided to bring Matsuno back and give him the helm of a new Final Fantasy Tactics game the Switch would probably be the primary platform for the game.

So why we just can't get the original game? Just take the PSP or iOS version and port it to the Switch. You don't have to include anything new to it, just the support for the Switch resolution and that's pretty much it. It can't be that hard, right?

Well, it seems people at Square Enix don't believe that, at least for now. The company somehow fails to see just how big a home run they would hit by porting the game for the Switch. Still, chances are we will see the game coming to the Switch.

It would be foolish to think Square would ignore the fan base once the console sells in 70 million, or 100 million units. The install base would be too large to ignore the chance to earn lots of money. Until that happens fans of the game should look out for Unsung Story: Tale of the Guardians, an upcoming tactical role-playing game helmed by Yasumi Matsuno. It is planned to come out in 2020 and yes, one of the platforms the game's made for is the Switch.