Published in Entertainment on 26th February, 2020

We all have our favorite actors and actresses, and sometimes we just want to binge on their films. If Tom Cruise is your actor of choice, you're in the right place!

Here, you'll find some of the basics on this popular actor as well as a long list of some of the best movies he's taken part in.

With this list at your side, you'll be able to marathon all the greatest Tom Cruise movies! 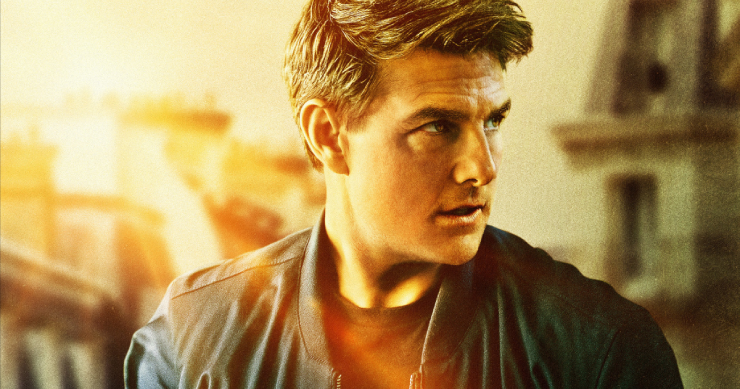 Who Is Tom Cruise?

In the United States, Tom Cruise is a well-known actor who frequently stars in action films. If you take a look through the Tom Cruise IMDB page, you'll find a mass number of military, secret agent and alien movies filled with intense action.

That said, Tom Cruise's first movie, Endless Love didn't fit that model. It takes time for us all to find our place! Once he found his, there's no denying that this actor succeeded fantastically. Tom Cruise net worth currently rests at a hefty 570 million.

With the many popular choices in the Tom Cruise filmography, it's no wonder that he's been so successful. At a mere 57, Tom Cruise's age appears to be no hindrance in his ability to rock the movie charts.

When a pair of marines are charged with murder, it's up to one military lawyer to get to the bottom of the situation. Because the man who was murdered was also a marine, the lawyer becomes suspicious that the duo may not have killed the man of their own accord.

Instead, Cruise seeks to find the real truth. Bringing forth a colonel to the stand, he digs deeper to find out who ordered the marines to take out the hit, and why. This is a great film for those who are interested in the conspiracies that can occur in just about any setting, including within the military.

In the not-so-distant 2054, a form of technology has been created that allows the police to get a handle on serious crimes before they even take place. As the leader of the unit that seeks out these pre-crimes, Cruise firmly believes in the technology - until he learns he's also guilty of a future crime.

When he learns that he's doomed to kill a man he's never come into contact with, his entire world turns upside down. For those who are interested in movies that will make them want to debate the morality of punishing a crime before it happens, this is one film worth taking a look into.

Eyes Wide Shut is a film that tackles the concept of being careful what you wish for. Human being can get so wrapped up in their wants, they forget to consider whether or not it's a wise choice to actually gain that thing. In other cases, we may not be careful enough about how we go about obtaining it.

When Dr. Hartford learns that his wife has been having fantasies about another man, he becomes keen on the idea of having such an experience himself. Instead, he ends up biting off more than he can chew when he becomes part of an underground sex group.

These films are quite well known, whether you've actually seen them yourself or not. If you decide you like the first of the Mission: Impossible films, there are six more after that you can explore to your heart's desire.

At the heart of the films is a man named Ethan, who works as what is essentially a secret agent. However, this agent's job is far different from many others. His job is to take on missions that most other people would find simply impossible. However, when Ethan is set up to take the blame for a murder, he'll have to do impossible things to escape with his life.

For some people, the choice between money and family can be a hard one. Although Charlie doesn't have much of a relationship with his father, he returns to his hometown to handle the affairs of his funeral anyway. After all, there's the potential for a hefty inheritance to be earned.

Instead of gaining his share of the money, Charlie learns that the fortune is instead going to the facility that looks after Charlie's brother, Raymond. Due to his autism, Raymond is left unable to live on his own. Seeking the fortune, Charlie opts to care for Raymond. During a vast road trip, he learns that there are much more meaningful things in life than money.

From a simple conversation on a plane to fighting for her own survival, June's life is turned upside down in this film. It's a situation that forces her to trust her seatmate, Roy, implicitly. What she has to trust most of all is that Roy is who he says, and that he truly is innocent of the crime he's being targeted for.

In a whirlwind of adventure and danger, they both learn that they are capable of more than they could have believed, but will they be able to prove Roy's innocence? You'll have to watch to find out!

A single man is blamed when five people in a quiet town are mysteriously murdered. While claiming his innocence, the man begs them to contact someone who can locate the truth. Jack Reacher. Although Reacher is in agreement with police that this man is to blame, he begins the search anyway.

It isn't long before he learns that the situation may not be as clear as he once believed. He's going to have to dig deep to find the real truth of the matter, and save what may be an innocent man. This is one tense ride!

High school kids only want to do one thing when their parents are away - party. Joel and Miles do exactly that while Joel's parents spend some time on vacation. From crashing an expensive car to hiring a sex worker he just can't afford, the pair find that they are in some serious trouble.

In an effort to earn the money he needs, Joel turns his house into a brother for the rest of his parents' vacation. This is a wild ride that is worth experiencing at least once. If you're looking for a great way to break up more serious films, add this one to your list!

When you drive a taxi (or these days an Uber or Lyft), you never know who it is that is getting into your car. Max experiences exactly what kinds of problems this can cause first hand when a man asks him to take him to 5 different stops in exchange for $600.

Unable to decline that kind of money, Max takes the man's offer. However, it isn't long before he realizes these aren't your run-of-the-mill errands. Each stop represents the death of another person, and Max begins to realize if his life is at stake as well.

Having worked as a sleazy sports agent for too long, Jerry decides to send out an honest memo to his coworkers. Instead of being praised for his desire to do good and bring honesty to the business, he's unceremoniously kicked out of the company.

What starts as a loss quickly becomes an opportunity for something new. With a single well-known client, Maguire and s new employee named Dorothy start out an agency all their own. As they learn how to make the business work, they also discover a budding romance between them that cannot be denied.

One of life's great mysteries is the coincidence. Sometimes, coincidences are small and we forget about them quickly. However, in other cases, it almost feels as though a larger plan is being enacted through us. In this film, the lives of several people intertwine in a way that creates a truly wonderful story.

Through the investigation of a murder, those involved just might find that a well-known game show may be hiding more than one would expect. You'll have to take a deeper look into this film to find out just how twisted the story truly is.

Far And Away is a film that depicts the difficult lives of Irish immigrants in the past. As Joseph and Shannon travel to the land of opportunity, they discover that gaining that opportunity is much more difficult than they might have expected. From boxing in Boston to seeking out their true opportunity in Oklahoma, the journey in this film is one worth following.

Reminding ourselves of the difficulty of immigrants at the time can also aid in illuminating the issues with immigration that still exist in some places today. As the difficulty in this film continues to grow, Joseph becomes concerned that he may not be such an asset for Shannon.

Interview With The Vampire

Whether it's due to this movie or the later-released Queen Of The Damned, who doesn't love a vampire named Lestat? In this film, Lestat is responsible for convincing the benevolent and caring Louis to give up the idea of ending his life in exchange for extending it endlessly.

In time, Louis decides that Lestat's vision of life isn't one he wants to be a part of. To further manipulate the man, Lestat chooses to change yet another being, this time a young girl. The struggle continues as Louis and Lestat continue to disagree.

There's a lot of competition in the life of a fighter pilot. Even for talented and cocky pilot, Maverick, things aren't always as smooth as he might want them to be. Due to his attitude, he begins to rub the other pilots and even some instructors the wrong way.

Not only does Maverick compete fiercely to be the very best pilot, but also to gain the affections of an instructor. There are many out there who really adore the Top Gun cast, and it's hard to blame them. There are plenty of reasons why this film is so well-loved as an action classic.

Edge Of Tomorrow follows the story of a military major as he faces the same threats and losses over and over - including the end of his own life. While facing an alien threat, Williams is given a mission that is likely to only mean the loss of his life.

However, something strange happens when he begins waking up again after each time the battle completes. The good news is that each time he comes back around, he retains the information from the past experience. Can he use that knowledge to find a way to win the war?

Born On The Fourth Of July

Even those of us who have never experienced war firsthand know that terrible things can take place in battle. Ron experiences this himself in not just one tour in Vietnam, but two. When a retreat is called during a fight, he mistakenly ends the life of another soldier.

In addition to this death, Ron himself returns home in a body that is no longer able to function well. Paralyzed and guilt-ridden, he quickly discovers that even associations made to assist veterans don't seem to care much about his plight. It's only a matter of time before he finds his place fighting against needless war.

War Of The Worlds

A typical, boring weekend becomes a horrifying experience when Earth is attacked by some truly terrifying alien creatures. Zapping up people by the thousands, Roy and his estranged children are forced to survive together, rebuilding their bonds and trying to stay alive in the midst of tragedy.

This is a movie that works on multiple levels, showing just how trauma and fear can help people to either band together or split apart. You'll have to check this one out for yourself to find out if Roy is able to keep his children by his side or lose them forever.