H1Z1 Vs PUBG Vs Fortnite Which Game Is Better?

At this point, if you haven't played a battle royale game, chances are you've at least heard about them, Both H1Z1, PUBG, and Fortnite have been getting a lot of attention recently, but which game is better?

If you're new to battle royale games completely, or simply want a new game to play within the genre, you may find the comparisons we've made below to be useful information. Hopefully, by the time you've read through this article, you'll know which battle royale game is best for you.

H1Z1 Vs PUBG vs Fortnite - Which Game Is Really Better?

If you were to determine which of these three games were better by looking at the player count alone, you'd have Fortnite in first place, PUBG in close second, and then H1Z1 a long way away in third place.

But as probably already know, it's always about player count and general popularity. When it comes to the battle royale genre, there are actually a number of reasons why you may prefer one game over the other. Let's take a look at the biggest differences below.

Try Fortnite If You Want An Easier Entry Into The Genre

Out of the three battle royale games currently being talked about, there's no denying that Fortnite is the easiest to get into. The game is playable on all platforms, it's free, and the gameplay is also pretty straightforward.

We're not saying Fortnite is an easier game, it's just that the basics are easier to get hold of. In PUBG and H1Z1, it can take many hours just to get to grips with the gun mechanics. In Fortnite, guns are far easier to understand.

Fortnite is also more forgiving than PUBG and H1Z1. If you get shot whilst out in the open in either of the latter games, you'll have very little chance to defend yourself. Both of the other games require you to be far more careful about how you move through the map and you'll be punished if you don't play tactically. 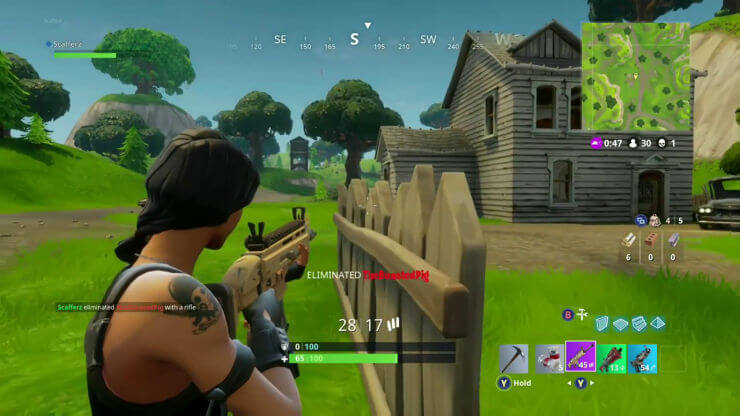 With Fortnite, you're free to wander around with less focus on the surrounding environment. This is because if you do get shot, you're able to quickly place down walls and ramps to hide behind. You can then take a breather, find out where you are getting shot from and then re-engage.

Below, we've listed a few more things that make Fortnite stand out.

Get PUBG If You Are More Interested In Intense, Tactical Gameplay

Out of the three games, we think it's safe to say that PUBG is the better choice if you care more about tactical gameplay.

PUBG is far more intense - the gun mechanics are more realistic, which means it's not only harder to take down enemies, but it's also very easy to get knocked down or killed very quickly. 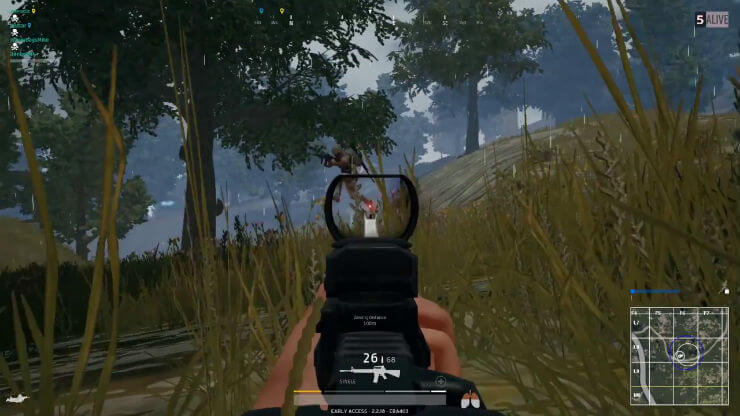 If you run (or drive) around open areas in PUBG, you're asking to get shot and killed. Instead, you have to be more methodical about how you move around the map. You have to constantly think about how you're going to move from one location to another. If you don't have cover waiting for you, you'll be in a difficult situation if you get shot.

Somehow, it always feels like there's a lot more on the line whilst playing PUBG. Getting into the final few players is always exhilarating, and getting your first chicken dinner is one of the most exciting things out there.

Fortnite and H1Z1 are also exciting, but with the stakes being so high, and the odds being so against you in PUBG due to the harsher gun mechanics and health system, it's certainly the game to go for if you seek that adrenaline boost.

Sometimes, PUBG can be a little too hardcore. Especially if you're playing in first person mode - it's hard to kick back and relax, but if that's the kind of game you like, you'll appreciate PUBG.

Below are some more reasons why PUBG stands out in the battle royale genre.

Here's Why You Might Prefer H1Z1 To Fortnite And PUBG

It's more likely that the majority of you will prefer PUBG or Fortnite to H1Z1 - overall, H1Z1 is lacking a little when it comes to the overall experience.

With that being said, H1Z1 is now free to play, so you won't be missing out on much if you want to give it a try before buying PUBG or downloading Fortnite.

In some ways, H1Z1 sits somewhat in between Fortnite and PUBG. We wouldn't say it's as hardcore as PUBG is, but it's no way near as colorful and creative as Fortnite. 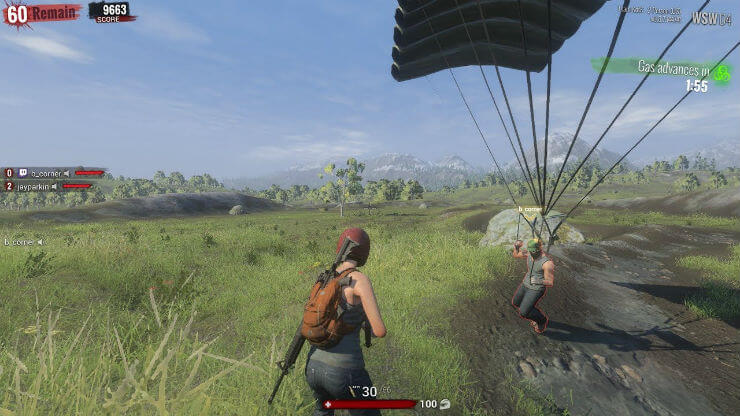 H1Z1's map is quite large, and there are vehicles just like in PUBG to help players traverse the world.

Gunplay is a little odd in H1Z1 - it seems easy enough on the surface, but it takes a certain level of practice and understanding to know how to work each gun properly.

It's not just all about shooting in H1Z1, either. There are a few things to keep you occupied - there are various challenges to keep you focused on things besides trying to become first place. There's also very light crafting elements - you can collect materials and turn it into better armor, for example.

Each game somewhat lasts in between the time of an average Fortnite match and an average PUBG match.

Here is an overview of why H1Z1 may still be worth playing:

What are your thoughts on H1Z1, PUBG, and Fortnite? Why not try all three? Both Fortnite and H1Z1 are free to play on PC, and PUBG is free on mobile.