Many people dream about transforming their gaming hobby into a career, but few realise just how feasible it is now to make a start in professional gaming.

However, with the arrival of Twitch, it's becoming a lot easier to start making money playing games. Big investors are also changing their attitude to the professional gaming industry - it's quickly becoming a multi-billion dollar business. 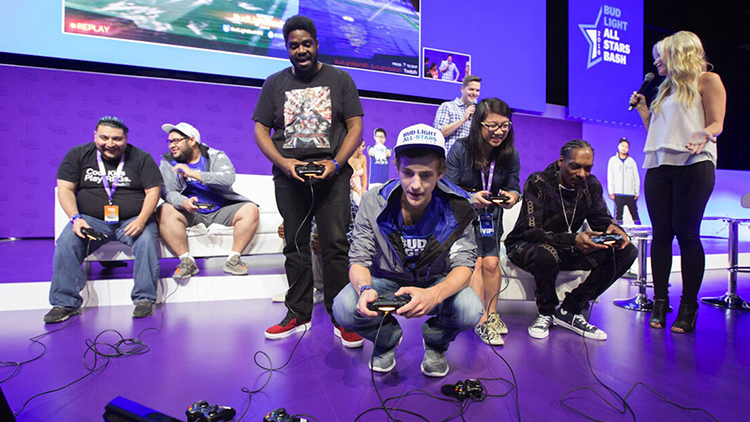 In this article, I'll focus strictly on ways to make you money without ever having to leave your home, which is the opportunity most of us wish we had!

Here are your options:

Game Testing (Sites That Will Pay You to Play Games)

We all play a lot of online games in our free time, so why not get paid for it in the process?

There are numerous sites such as Gamesville, Bananatic, LaLa Loot, Clip2Play, Cash Dazzle and Bingo! Zone that are looking for people to check out new games, earn a certain score, reach a certain level or win specific tournaments.

My advice would be to stick with just a few games at first, because it will take you some time to get good at a certain game and get paid a bit more than what you'll get in the beginning, so take your time and don't spread yourself too thin trying out a lot of new games at once.

You can also look for game testing jobs, which require you to look through games that are in development phase and find bugs and problems. You can find such jobs on PlaytestCloud, BestReviewApp, MyAppAware, BetaFamily, and ErliBird.

As a gaming writing you will generally get paid per article, if you write for an already established site. Alternatively you can also create your own blog site and make money from ad revenue. However, starting your own publication might be very slow going at first. Usually it takes several years for a new website to break even and eventually start making money. And even longer to establish a highly profitable business.

Assuming you do choose to find work with an existing publication, you'll still need a strong portfolio of articles that you've written. These don't need to have been published yet, just evidence how talented you are at writing.

Finally, you should contact as many gaming publications as you can, including examples of your work. Be honest with them that you haven't been published yet and make sure you communicate how enthusiastic and knowledgeable you are. Once you do get accepted, make sure your name is included as the author - then you'll be a published gaming writer!

Guides and walthroughs are really popular especially when a new game comes out. Newbies like to read through guides or watch them on YouTube, so if you consider yourself an expert in a game, and have a lot you'd like to share, you could either create your own YouTube channel and make video guides of popular games, or write articles for established websites. You can also publish them on your own blog if you have one.

You can do podcasts on popular games and gaming subjects. You don't have to know everything about gaming. You could simply voice and share your opinion with your audience, engage with them and even invite some guests on your podcast and discuss a certain topic together.

You could have daily, weekly or even monthly podcasts, but you will also need to have a strong following in order to monetize your videos.

Streaming (How to Make Money On Twitch)

When we think about game play streaming, most of us think of Twitch and YouTube. You are probably quite familiar with YouTube and the fact that you can make a lot of money from ads and sponsors, but there are lots of you who haven't heard of Twitch yet, and believe me when I say, you are really missing out.

Once you sign up to stream on Twitch (for free), you have the option to add a donation button on your channel, so your viewers can give you cash if they like your streams.

They can donate you anything from a dollar to hundreds or thousands of dollars in a minute. While the latter doesn't happen too often, some Twitch streamers have been lucky to receive such donations. (Remember: Even though they're called "donations", you will have to pay taxes for the money, no matter the sum).

The best part about it is that you don't have to subscribe to Twitch or have a specific number of followers in order to qualify. You can have a donation button as soon as you create your channel.

If you put in a bit more work and level up, you can expect to get a bigger payoff. Once you get at least 500 regular viewers and a steady following you can apply (for free) and become a Twitch Partner. Once you become a partner you can make a lot more money on Twitch.

One of the benefits of becoming a partner is that you could have a "Subscribe" button in addition to your donation button. People who really like your channel and your streams, and would like to see you succeed, will most likely subscribe to your channel. Twitch pays around 50% for each subscriber, which is about $2.50/month.

If you want to get more followers and subscribers you can increase your chances by marketing yourself on social media, and you can also set up a YouTube account and post your videos there as well. That way you can get more popular in the streaming world and more people will want to subscribe to your channel.

Tip: Post highlight reels and best moments/best kills from your streams on YouTube and make people want to check out your channel on Twitch. Try to interact with your viewers, thank them for their donations and make them feel important to you. Use your humor, charm or whatever it is that makes you unique, so that you can stand out from thousands or millions of other streamers out there.

The online currency known as "bits" was announced by Twitch In 2016. It is a type of tipping system called "Cheering" that allows viewers to award their favorite streamers. Just as a reference, 100 Bits are worth $1.40.

Viewers earn Bits when they watch ads, or purchase them using the Amazon payment system.

Later on they can use their bits to gift a player they like by typing "cheerxx" right into that player's chat bar ("xx" is where you type in the amount of Bits you want to give).

If you're already a Twitch Partner and have gained a lot of subscribers you can start earning money from ads as well. Your channel could bring you around $250/month per every 100 subscribers.

How to Get Started on Twitch 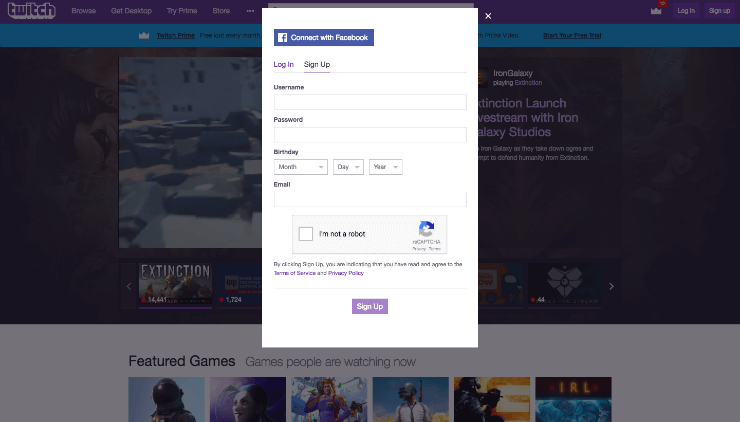 How Much Do Twitch Streamers Make?

There isn't one definite answer to how much money Twitch streamers make, so in order to get a grip of the amount of money you could make, I'll take one of the most famous Fortnite streamers as an example.

He's known to millions of people around the world as Ninja, and you might probably know him from the time he played Fortnite with Drake and broke the Twitch record for a most-viewed stream. The number of his subscribers is increasing by the hour, so if we estimate that Ninja earns $2.50 for every subscriber who pays $5, then we could roughly calculate his monthly earning to around $350,000, and that's without calculating in donations from his viewers and sponsors, as well as ad revenue.

Although his story is very inspiring to all streamers out there, and those who are considering this as a way to earn a living, or at least some extra pocket money, the truth is that Ninja didn't become famous overnight. He started streaming his game play at least 7 years ago, but reached his peak with Fortnite. He became so popular that even Drake played with him last month.

He has become one of the biggest game streamers right now and there's no stopping him. His popularity is increasing as he gets more new subscribers on YouTube and on Twitch every hour.

What Makes a Good Streamer?

If you want in on the fame that comes with being a popular game streamer these days, then you should focus on a few very important and easily applicable things.

First of all, just to clear everything up, you need to know that being a professional streamer doesn't mean you have to be the best at a given game. In fact, what most streamers that are popular on Twitch and YouTube do, is they record their day-to-day gameplay, nothing scary or hard about that.

People that view streams aren't just interested in new strategies and stuff like that, they also want to be entertained. If you want to be a popular streamer you need to interact with your audience, and make them want to keep coming back to watch even more of your streams. You need to offer them the chance to get away from their daily worries and activities, and make sure they have fun watching your streams.