Minecraft is all about digging (mining) blocks and building different 3D objects.

There isn't a specific gameplay you have to follow. You can just go on adventures and play the game as you like.

The game is composed of 3D objects that represent different Earth materials like: trees, stones, water, dirt and lava.

Players can use these materials to build objects and they have the freedom to move around as much as they like, and build things wherever they like. They are free to go on adventures, explore the almost infinite map of the game, which includes mountains, plains, forests, caves and water. On their adventures, players can encounter all kinds of creatures, starting from pigs and cows, to zombies and skeletons.

What Makes Minecraft So Popular?

Over 100 million copies of the game have been sold so far, which illustrates just how popular the game actually is.

What makes this game so popular almost a decade after its release is the fact that it allows players to create their own unique stories, characters and adventures. 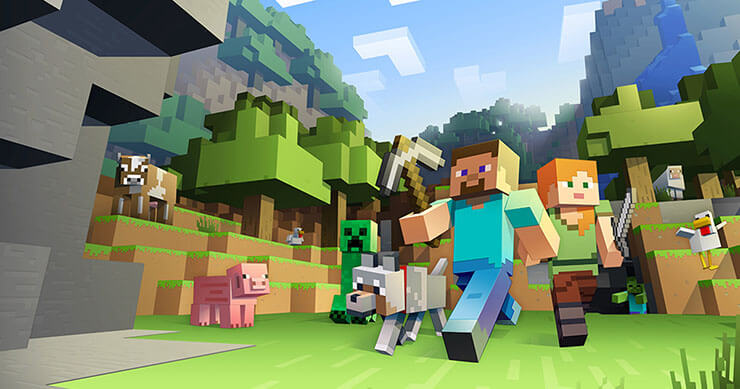 You can be whoever you want to be in Minecraft, and you can organize your own gameplay however you wish.

Minecraft is also a very social game, where you can meet up and play with your friends, or you can also choose to play alone, wander around and explore the world on your own.

Let's see why people hold this game so dear to their hearts and what makes it so fun to play.

Here's what people found most appealing about the game:

Due to its enormous popularity, many game developers mix Minecraft's core gameplay with other features and genres. That's why it's easy for you to find alternative and similar games to Minecraft that you can also enjoy.

Same as Minecraft, Terraria is an action-adventure sandbox game. Some say that it's like a 2D version of Minecraft, although it does feature a lot more things than just crafting, building, and fighting.

You need to dig, fight your enemies, and build your shelter if you want to survive and eventually earn fame and fortune. You can construct your very own city in the World of Terraria and fight against zombies, slimes and demon eyes. You have bosses that you can summon, or some that spawn on their own at certain times and places.

Leave the world you know behind, and step into a new and unknown world with Portal Knights.

Portal Knights is a 3D action-adventure sandbox game released in 2016, and available on Microsoft Windows, Xbox One, PlayStation 4, Nintendo Switch, and Android smartphones.

Everything in the game works similarly to Minecraft but looks a bit smoother, cartoony and more vibrant. At the beginning of the game, you can choose if you want to be a warrior, a ranger or a wizard and look for the portals that lead you to the other floating islands.

In the beginning of the game, the floating islands will be small, but as you continue playing, level up, and go through the portals, they become larger and larger. There are even bosses that you can fight in order to restore peace and become the ultimate knight.

You can craft things like weapons, armour, wands, and bows for which you need to find the right recipes, and upgrade them using the suitable materials. 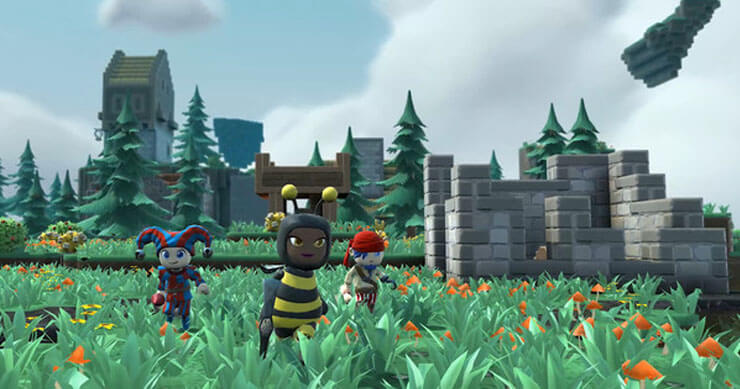 You can also build fortresses, craft chairs, tables, beds, doors, chests, banners and more. You'll find lots of things to do in the game and you'll never get bored of it.

The best thing about Portal Knights is that you can have up to 3 more people to play with in co-op. One other thing that makes it really great is that you can always bring and play with another characters of yours in an existing game that you saved and you can also call others to join you in your saved games. That's because saved games, same as characters, are viewed as standalone entities, which enables you to switch over to various characters and games when you wish.

Don't Starve is also an action-adventure open world survival game that's set in a randomly generated world where your primary task is to survive. You need to explore the world, look for resources and find food so as not to starve, and be able to survive the harsh winter conditions when the nights start to get longer and longer, and the food is harder to come across.

You need to build a transdimensional doorway so that you can enter another world with even harsher conditions, and repeat the same process you went through in the first world. You can only take one item and carry it with you to the other world, along with the memories of the things you created, so you know how to create them again.

You need to repeat the cycle a few times until you defeat the final boss.

Roblox is a free to play multiplayer online platform where you can design and play your game or a variety of other games. The focus on the games is on building objects using virtual blocks, which is why a lot of people compare it to Minecraft.

Roblox was released in 2006 and as of this year, it has around 65 million active users and around 300 employees. 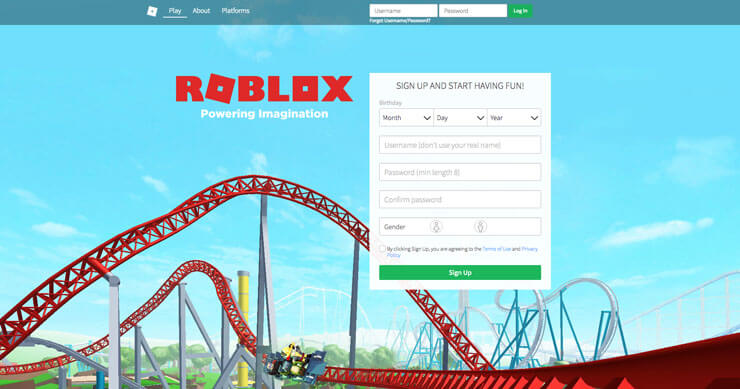 In Roblox you create your own world or enter and play in the thousands of other available worlds that have been created by other players.

Explore other player's worlds or build your own world, get a chance to meet new people from all over the world and interact with them.

A lot of people see WorldCraft: 3D Blocks Craft as a Minecraft clone in a mobile version.

You have unlimited resources that you can use to build as much object as you wish. You can choose the creative mode, which gives you a lot of freedom to have adventures and wander around. You can also go with the survival mode, which is a lot more challenging, since you have to engage in battles with enemies and do all you can to survive in the wild.

The first FortressCraft game was among the top best-selling Indie games. The game is a unique blend of crafting, exploration, combat, logistics, voxel landscapes, tower defense and assembly lines.

Fortresscraft evolved is similar to Minecraft, but it also has alien invaders, industrial atomization, conveyors, and an indepth power system. It's a very interesting, yet inexpensive game.

It will be simple to get into the game, but hard to master it.

Cube World is a combination of a sandbox game and RPG, with lots of exploration involved.

The game focuses on crafting and character progression, and is set in different worlds covered in blocks. You can do a lot of customizations on your character, like modify their armour and other aspects of their look. You can choose between four classes in the beginning of the game: Warrior, Rogue, Spirit Mage, and Ranger.

You'll be surprised by the bright colors and cartoonish graphics of the game. The world in the game is endless, so you'll be free to do as much exploring as you wish to do. You will have similar graphics and RPG elements like most block-building games out there, but you won't be able to mine and dig out elements and material, you can only craft objects.

StarForge has survival, crafting and science-fiction in its core. You need to gather resources in order to construct something, while trying to survive on an alien planet. You can also collaborate with friends and defend bases together. There's a lot of shooting as well, which is the one thing that differentiates it from Minecraft.

Ark is Minecraft if all cows, pigs and creepers were replaced with dinosaurs.

In Ark you get dropped down into a world with carnivorous dinosaurs. You have no shelter and nothing to fight them off. You need to build your own weapons and shelter from the surrounding materials that you can break down.

In the Forest, you get droped in the wilderness following a plane crash, which forces you to make your own weapons and build shelter in order to survive and fight off the nocturnal tribe of cannibals. It's very similar to Minecraft except for the creepiness of the bloodthirsty savages that want to eat you.

It can get really scary and creepy sometimes, as the native tribe can catch you and drag you out to their underground lair. Next thing you know, you're trapped in a dark lair with an almost empty lighter, surrounded by creatures that can't wait to eat you.