8 Reasons Why ARK Survival Evolved Is Worth Playing In 2018

If you're not sure whether to get ARK: Survival Evolved or not yet, why not take a look at the main reasons why the game is still worth playing in 2018.

Not all of these reasons will appeal to you, but it's likely that most of them will. If you're a particularly big fan of survival games like ARK, there's definitely a lot on the table with Survival Evolved that will get your attention.

Without further ado, here's a look at the top 8 reasons why ARK is still worth playing right now.

One of the biggest problems with survival games is that there is a lack of direction when it comes past just getting off the ground and surviving. Games like DayZ and Rust struggle to keep players captivated for longer periods of time because the core gameplay loot is as follows: Get set up with loot or a base, then go and PVP with other players. 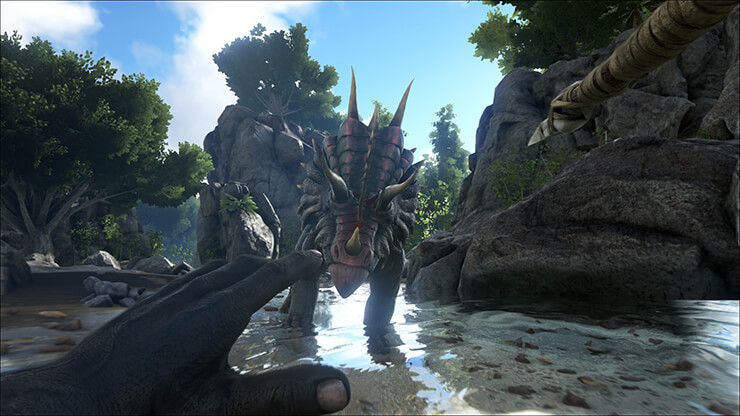 This content includes hundreds of different creatures and dinosaurs to tame, bosses to fight, and high level gear to unlock or craft.

ARK Has So Much Freedom And Choice

To follow on from the previous point, ARK is just so much more feature-packed than any other survival game out there. Whilst playing ARK, you're constantly wowed by the different options you're given as a player.

There are so many choices to make and so many different ways to approach situations. You can choose to spend your time taming an army of gorillas, or you can put time into taming and leveling a gigantic T-Rex. Alternatively, you can go down the tech route and research weapons and armor. 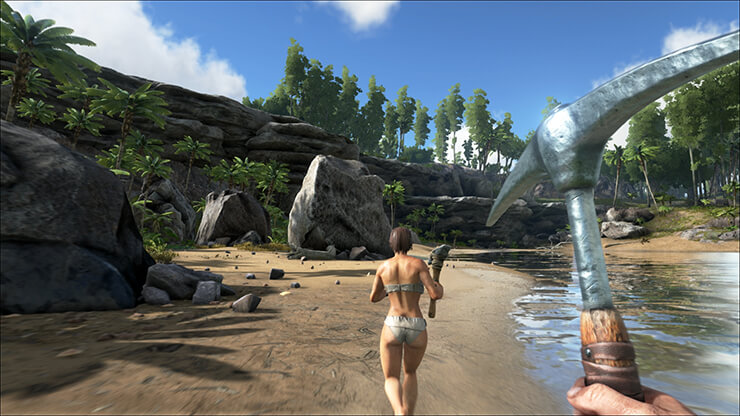 Many survival games go with the you can do anything you want' mantra, but what you can actually do within the boundaries of the game is often quite limited. This isn't the case at all with ARK: Survival Evolved.

If you've got a good enough computer to run it, you'll appreciate how beautiful ARK: Survival Evolved can look on higher settings. ARK is filled with color and creativity. Not a moment will go by where you're not taken back by the beautiful sights of ARK. 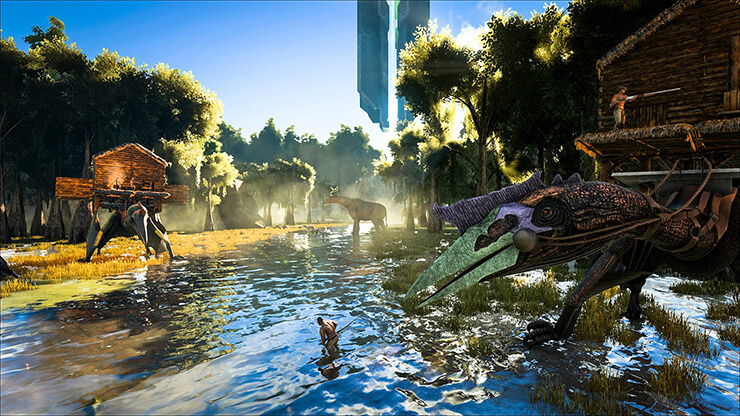 If you don't have a high end computer, you could always consider running ARK on lower graphics. However, one of the biggest drawbacks with ARK: Survival Evolved is that the game does have quite high minimum requirements.

When you look at the size of the open world and take into account how great everything looks, it's really no surprise that the game requires such powerful hardware.

ARK Has a Great Community To Get Involved With

Whilst ARK players can be very aggressive and toxic at times, finding a good server offers a completely different experience.

If you find a good server, whether it's through the server browser or as an invite, you'll get the chance to know each player on the server, know the different groups and see different alliances and rivalries form.

Raiding and PVP will always happen, but if you manage to join a situated group on a populated server, just interacting with the community on that server can be one of the most enjoyable parts about ARK: Survival Evolved.

The craziest thing about ARK: Survival Evolved is that despite it now being out of early access and filled to the brim with content, the developers still have plans to update and add new features to the game. 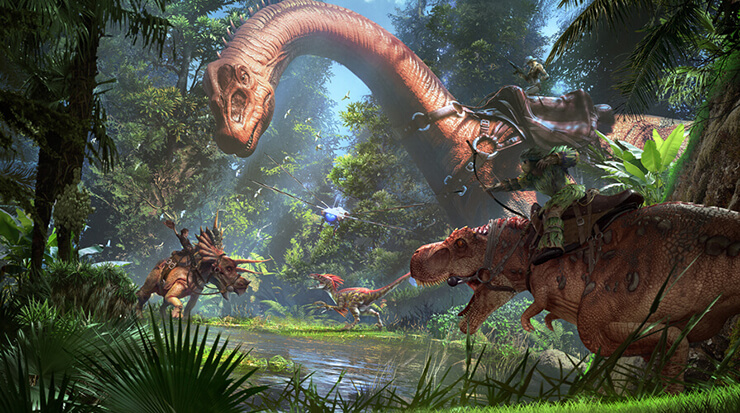 If you get into the action today, you'll be joining a game that's in the middle of a very active development cycle, but you'll mostly miss all of the issues that players had to deal with whilst ARK was in early access.

The ARK: Survival Evolved Player Base Is Still Healthy

Not only is the development team still active, but so is the player base. You won't struggle to find active servers because there are always thousands of players playing at any one time. 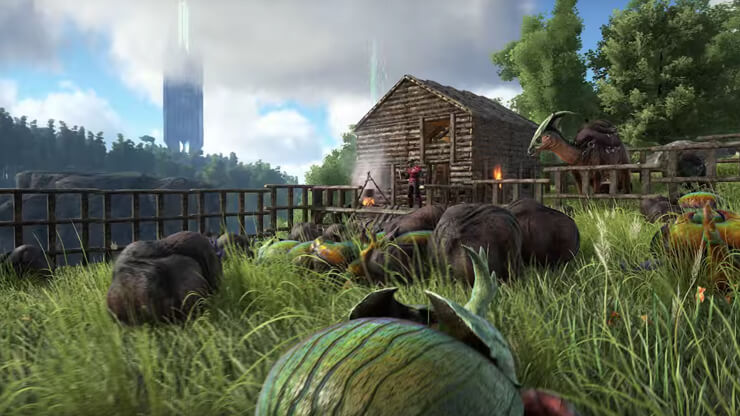 Currently, ARK sits amongst the top 10 most played games on Steam and regularly gets concurrent players of up to 40,000 players every single day. You can easily find dozens of populated servers with a variety of different rules and features.

If you didn't know already, ARK: Survival Evolved has mod support. Many people have already made great mods to improve the overall play experience, and more mods are in development as we speak. 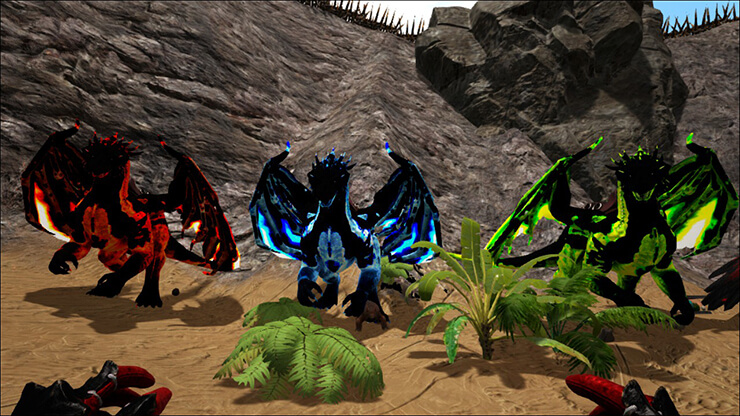 Some mods are added to modded servers, whilst other mods can help to enhance the offline or local play experience. Mods for ARK are really easy to install. All you need to do is visit the Steam Workshop and then click on the mods section.

You can click "subscribe" on the mods that interest you and they will automatically be installed and updated.

You Don't Have To Play On PVP Servers

One of the most frustrating things about playing survival games like ARK is that it's very easy to get all of your progress stolen from you by raiders. This can still happen in ARK, but not if you play on a PVE server. 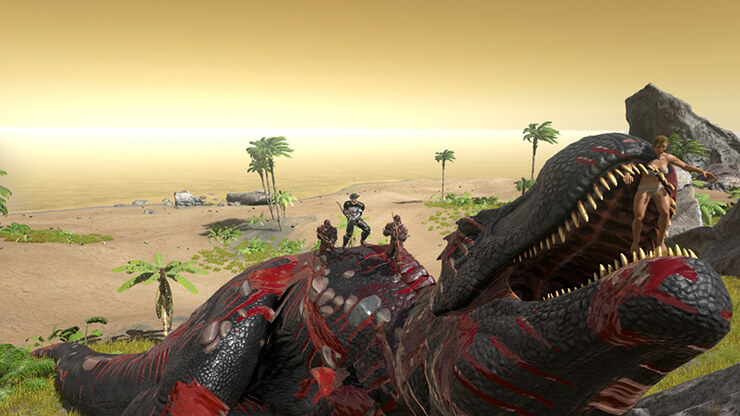 On these servers, players cannot attack each other or attack other's tamed animals. This gives you the freedom to build your base, tame animals, and fight bosses with your friends.

Most of the time, survival games like this have the core gameplay focused on player versus player combat, so PVE modes don't usually work so well. With ARK, this isn't the case. You can get just as much fun out of the game fighting the various bosses and taming different creatures in PVE mode.

What are your thoughts on ARK: Survival Evolved after reading this? Will you consider playing the game in 2018 or do you feel that it's still not worth picking up?