The player takes the role of a virtual character, most commonly in a fictional world, interacting with people from all over the world. 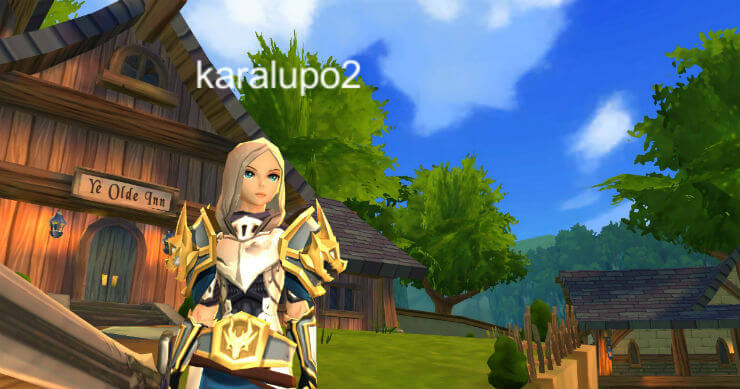 The Best Things About MMORPGs

Here are some of the characteristics that make MMORPGs so popular:

Fantasy themes prevail in most of the MMORPGs. Most of them have at least some fantasy or sci-fi elements, including quests, magic, monster and all of those things we all love.

There are different classes from which you can choose. There are players who role-play their characters in real life (speak, interact and behave in a way their character would), and get a lot of support from the community for leading such a lifestyle.

A great thing about MMORPGs is the fact that you can communicate with the rest of the players, talk strategies, and work in a team. There are so many friendships and relationships that have formed during game play, some of which are often as intense as the games are.

In almost all MMORPGs, the primary goal of the game is the character's development. Though progression players get experience points, which they use to reach certain levels with their character and become better at what they do. This can traditionally be obtained through combat, and there are some MMORPGs that don't even have a level limit, so you can continue playing and gaining experience indefinitely.

Like any other community, the MMORPG comunity have created their own culture and slang. They also have specific rules and ways of communicating inside the community, which makes them feel closer as a community and as a family even.

If you also want to be a part of that experience, you can check out this year's top android MMORPG games below.

MMORPGs for mobile devices are becoming more and more popular these days. The main reason for their popularity is the fact that the advanced hardware on today's phones and tablets allows developers to create much more immersive projects.

Some of the games you'll read about today are new, while some are older, some have a huge fan base, while some are not that well-known, and a bit underappreciated, if I may add. Nonetheless, all are filled with awesome stories and characters, and are a great way to connect with thousands of other players and have fun on the go.

The best thing about today's list is that you aren't bound to your computer, and you can play them basically anywhere.

AdventureQuest 3D offers tons of great features that will keep you entertined for hours at a time.

The game is a great nostalgic trip to back when we played BattleOn (Adventure Quest). Even if you haven't played it before, you'll still enjoy it now.

The graphics are great, and the storyline is very interesting. You can raid dungeons, go on quests, create new characters and much more.

Not only that, but you'll also have a huge fan base and tons of players with which you can chat, plan events together and much more.

Arcane Legends can be played on both tablets and mobile devices. You can have tons of adventures, join guilds, fight bosses, collect pets and explore dungeons in a 3D world, joined by your friends.

Arcane Legends is a very popular game with a lot of users, and provides a PvP mode, so that you can compete with other players from all over the world.

If you're looking for easy quests, mindless tutorials, or fast and easy level-up, this game is not for you. The game is full of difficult and frustrating maze-like dungeons, and sometimes confusing rules. It's also very slow moving, so you can expect hours of grinding.

It has an old school feel and look, but as I said before, Teon is a pretty challenging? game and isn't suitable for everyone. 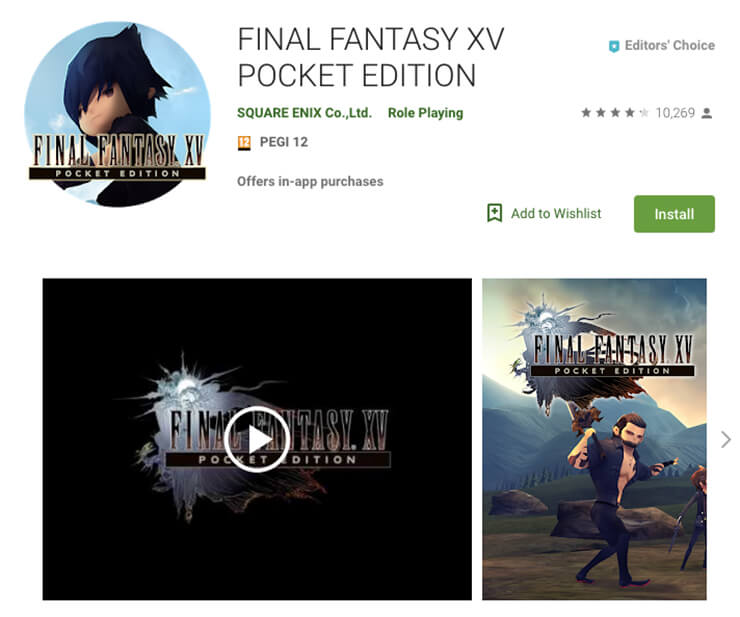 It features ten chapters, and follows the same plot as in the original game. The first chapter is free, and the remaining chapters can be bought as a whole or individually.

The game is easy for everyone to pick up. You tap to move, talk, fight and all else. The chapters are full of exciting stories that will keep you interested for hours.

Villagers & Heroes is a 3D cross platform game that's been out for PC for a few years and was recently released for mobile devices as well. It's a great MMORPG, filled with wizards, warriors, sorcery, swords, dragons, dungeons, countless beasties, quests galore, unique characters and people from all over the world.

The game is free to play and features 8 characters which you can fully customize. You can match your character to fit your play style, using the unique customization options available.

Fight against epic bosses with your allies and raid in real time with your friends. You can travel through different 3D environments and slice and dice your opponents.

The controls are pretty simple and you have endless available equipment to choose from, like costumes, weapons and much more.

You can join your friends, go on quests and explore the never-ending map of the game.

School of Chaos is very different from the rest of the games on the list. It's set in a school environment, without any teachers, in a world of constant bullying, fighting and tense environment. 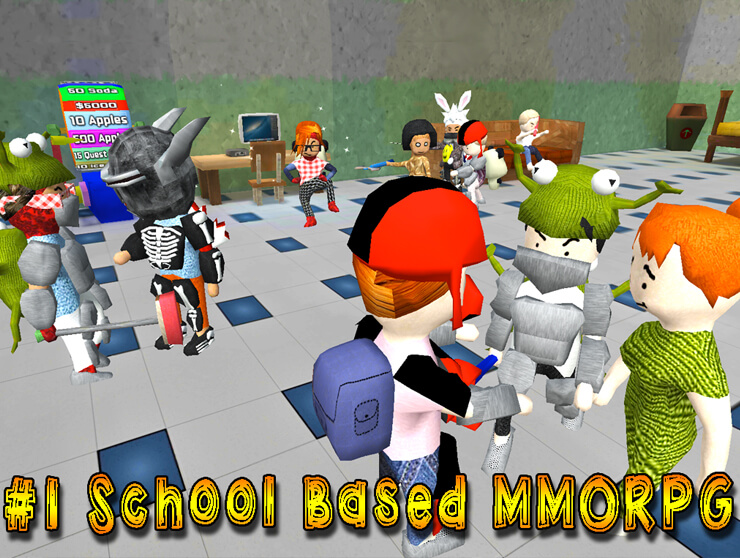 You learn to fight and improve your skills while trying to live in the tense school prison environment. You can also join a clan and have clan wars.

You can make a lot of enemies and friends, find equipment, weapons and armor that you can use, as well as craft items you need in order to survive.

Go on a hack-and-slash adventure and come together with million other Bounty Hunters from all over the world.

Chaos rules the land, and people must use what they have to fight off monsters and bandits. However, for bounty hunters, such as yourself, the opportunities are endless.

It's time for heroes to rise and take their swords, as the price for justice is rising, as are your opportunities for prosperity.

The newest Order and Chaos Online is a rich and interactive open world game with great graphics and hundreds of available quests for you to take on.

You have 5 different races to choose from, and 5 classes to quest as. You can upgrade your weapons, and evolve into an unstoppable force.

The game is rich in stories and challenges, and will keep you interested for hours at a time.

Become a Warrior, Mage, Assassin or a Crusader and slash through your enemies using your mighty powers. Choose the hero that fits your game play style the best and start crushing your enemies one by one. 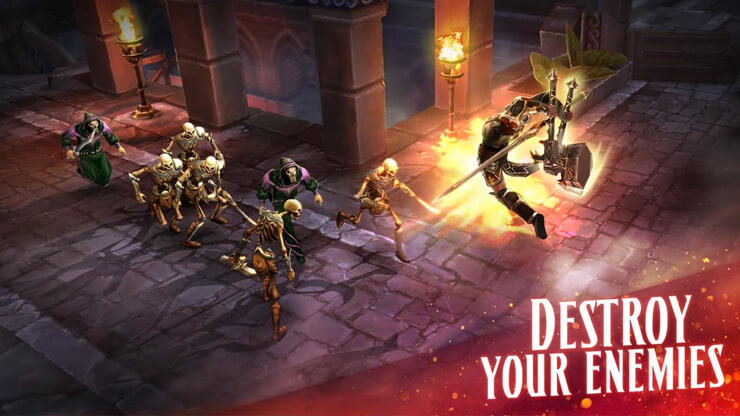 You can create your own guild, invite your friends to join you, and enter in some of the most epic battles the game has seen.

Eternity Warriors 4 is free to play, but there are also items which you can buy, which will be charged to your Google account.

To Be Released Soon...

Your eyes aren't lying to you - it's true. RuneScape, the game you all know and love, will soon be available for tablets and mobile devices. You can also have cross-platform play between desktop and mobile versions.

The Old School RuneScape for mobile is coming sometime this year, available anywhere and with full support.

OSRS will be out sooner, while RS3 will follow shortly after.

Soon you'll be able to pick up where you left off on PC.

Lordmancer II is the first MMORPG that allows players to mine cryptocurrency and use it to buy in-game items and spend their money outside the game as well.

The game is designed to constantly expand, encourage players to trade between themselves and mine resources. It's already in open beta testing for Android.

Mirage Realms is a free MMORPG, currently in development.

The game has been described as "Zelda Lttp combined with World of Warcraft and Harvest moon", so hopefully it will live up to the promise and will give us lots of hours of fun.

Players will be able to hack and slash, craft armor and weapons, enter dungeons, puzzle rooms and customize their own character.

What the developer wants to avoid is any micro-transactions whatsoever, so that each of the players can earn everything themselves.

Mirage Realms will be available on mobile and on desktop, so that you can play it wherever you are.

Durango is a mobile sandbox MMORPG which was released in South Korea on January 25th, and is expected in the US sometime this year.

The game already has a huge fan base and offers plenty of possibilities which will probably bring millions of players together.

Some of the game's features include: crafting weapons, building bases, battling other clans, but most importantly - connecting with other players from all over the world and having one of the best experiences in a survival sandbox MMORPG.

The core idea of the game is to build a society out of nothing.

So far the game has received a huge following and people are anxiously awaiting its release, which is expected to be very soon.